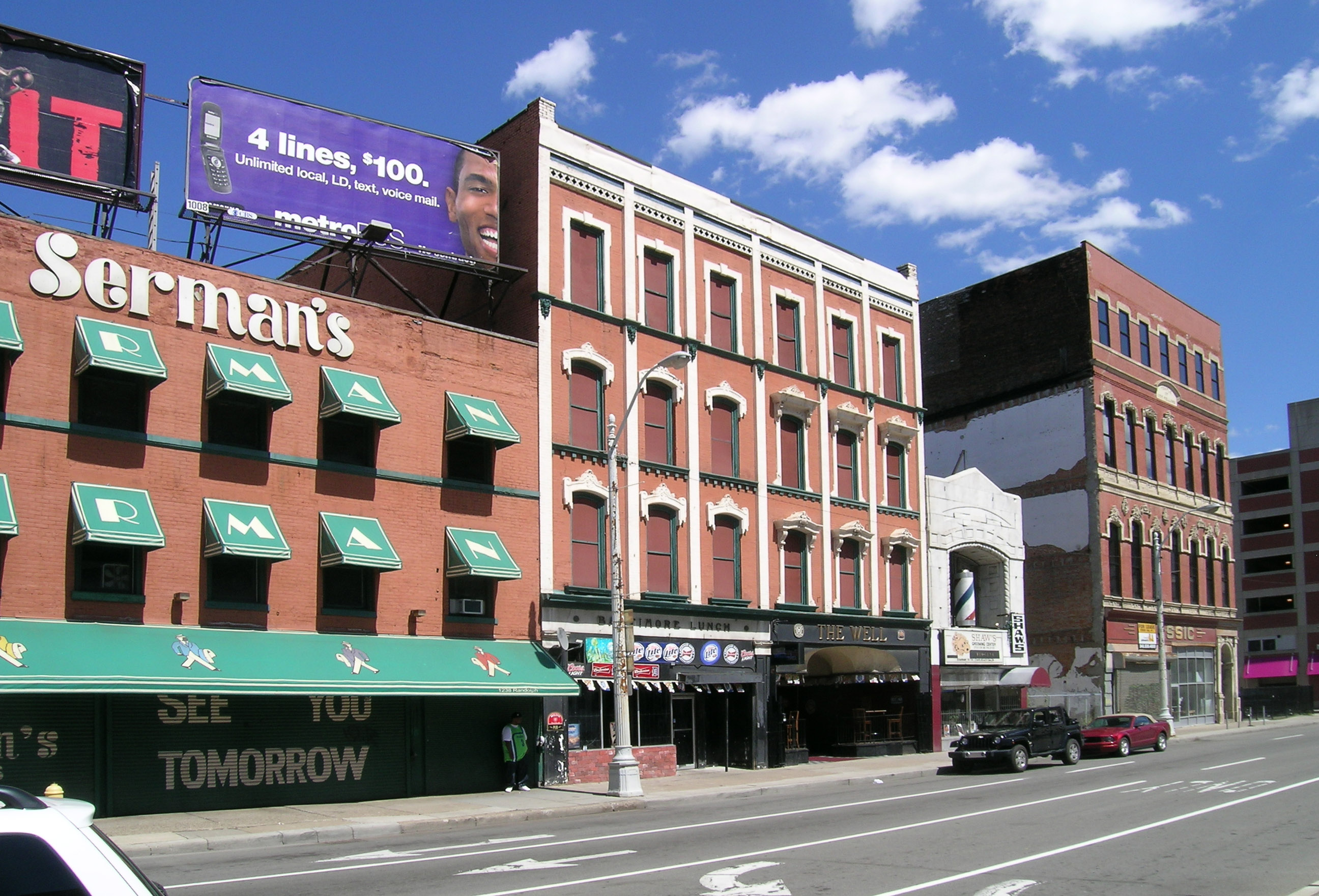 Buildings along this section of Randolph Street have been used for retail since the area was first built up in the 1840s. The building at 1244 Randolph was built during the period of original construction. As the city grew, larger commercial buildings were required and the other structures on Randolph were constructed. The area remained a shopping district into the twentieth century.

Over the years, the street-level facades of the buildings in the distric were altered numerous times, two structures had new top stories added, and a cornice removal program in the 1950s resulted in the loss of all the fine bracketed entablatures. However, the buildings still have their Victorian brickwork and metal window hoods.

Since construction of the buildings, structures in the district have housed numerous commercial enterprises, ranging from legal offices, to tailors to sculptors. In the early 1900s, the district was home primarily to dry goods and clothing establishments.