Massachusetts Maritime Academy (also called Maritime, Mass Maritime or MMA) is a regionally accredited, coeducational, state college offering undergraduate degrees in maritime-related fields, as well as graduate degrees and professional studies. Established in 1891, Mass Maritime is the second oldest state maritime academy in the country. The Academy is located on Taylor's Point in Buzzards Bay, Massachusetts, in the United States and prepares students for careers in the maritime, engineering, emergency management and environmental fields. Originally established to graduate deck and engineering officers for the U.S. Merchant Marine, the academy has since expanded its curriculum. Though not required, some graduates go on to serve in active & reserve components of the U.S. Armed Forces. The Academy operates a training ship, the USTS Kennedy.

The Academy also offers a Master of Science in Emergency Management as well as Facilities Management and a wide array of professional/continuing education programs.

The school was located at a pier in Boston, MA until 1936. It then was moved to Hyannis, MA on Cape Cod, where it remained until after World War II. In 1946 the Academy acquired land at the State Pier on Taylors Point in Buzzards Bay, MA at the southern end of the Cape Cod Canal with a berth deep enough to accommodate the USS Charleston, the school's new training ship. A classroom building was built, but life and education at the school continued to revolve around its training ships for the next 25 years.

In 1972 the state legislature appropriated money to build brick dormitories, a cadet mess hall, the library, a second classroom building that also encompassed the school's administrative offices, a football and baseball diamond, and a gymnasium. At this time the structure of the Corps of Cadets shifted from ship-based watches and divisions to a platoon, company and battalion system similar to that of the Naval Academy better suited to the new dormitories.

Women were first admitted to the Academy in 1978, with the Class of 1981. At this time the existing battalion structure was expanded to become a two-battalion regiment as two additional company dormitories were completed. The most recently completed building was for the school's radar simulator trainer.

One unique off-campus program run by the Academy is the scale model shiphandling program (similar to the supertanker training school in France) that is run on a pond ten miles from the campus. It is the only program of its kind in the United States. Many types of 'ships' and several scale model 'ports' are set up on the pond. The quality of the training ship's officers receive from this program is such that the U.S. Coast Guard will remit a quarter of the sea time required to upgrade a deck officer's license from Chief Mate to Master upon successful completion of the course.

Mass. Maritime's traditional Marine Transportation or Marine Engineering majors were expanded to include many additional maritime-related majors in 1990 (see Academic Programs, below) in time for the school's centennial celebration. At the same time, for the first time the Academy began offering master's degree programs in various disciplines.

In 2008, the Academy acquired a Vestas 660 kilowatt wind turbine and began installation of solar power screens on top of the dormitories. As the windspeed across the campus averages 12 to 15 knots year round, the location is ideal for wind power. At present, 30% of the Academy's power needs are supplied by the wind turbine and solar power. The current administration hopes to eventually make Massachusetts Maritime Academy's campus self-sufficent in regard to electric power. As it is, the Academy is the 'greenest' of the twelve colleges in the state college system and one of the greenest colleges in the country.

All residential students are members of the Academy's Regiment of Cadets. Within the Regiment, cadets supervise other cadets in a broad variety of activities, including the orientation of freshmen, room inspections, sea term planning and shipboard responsibilities. Students who seek to enroll in the Facilities & Environmental Engineering or the Emergency Management programs as non-uniformed commuter students must apply in writing for admission to that status.

Academy freshmen, called "Youngies", arrive at the Academy in mid-August for Orientation, a two-week military-style indoctrination program that is physically and mentally demanding. It encompasses regimental training, military drill, and physical fitness. It also serves as an introduction to shipboard/maritime safety, nomenclature, and customs.

After Orientation the academic year begins. For the rest of their first academic year as fourth class cadets, Youngies continue to be required to adhere to stringent rules affecting many aspects of their daily life.

Second class cadets, or juniors, are designated Squad Leaders and are in charge of the training of the Youngies. First class cadets, or seniors, hold cadet officer positions within the regiment and/or training ship. 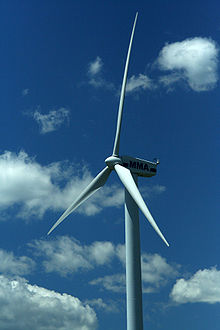 Prior to the expansion of its offered majors in 1990, the Academy was exclusively a merchant marine college, tasked with the training of future cargo ship officers. The Academy only offered majors in the ship transport subjects of Marine Transportation and Marine Engineering.

In addition to completing all shore-side college classes, students in these two majors must sail on four Sea Terms (the third may be as a cadet on a U.S.-flag commercial cargo ship) and pass a 4-day professional exam administered by the U.S. Coast Guard in the latter part of senior year. These students earn a Merchant Marine Officer's License upon graduation. Marine Transportation students earn Third Mate licenses while Marine Engineering students earn Third Assistant Engineer licenses.

This major prepares students for positions in the fields of environmental protection, environmental management and marine safety. Students receive a multi-disciplinary, integrated education in sciences, management, law, communications and safety as related to environmental issues.

These students must be members of the Regiment and must sail on at least one Sea Term. MSEP students also supplement their college classes with independent studies and internships.

This major prepares students for the safe and economical operation of the variety of equipment found in industrial plants, office buildings, hospitals, power plants, and all facilities requiring heat, air conditioning, and electrical power.

The curriculum also includes one sea term and three, six-week co-ops with industry.

The practical component of the curriculum includes one sea term and two internships.

This major's curriculum encompasses the three key concepts of hazard, risk, and disaster in emergency management. The program teaches risk management concepts including Risk Assessment, Control Analysis, Strategy Section and Implementation and Evaluation. In the case of disaster, the students will study the different time stages in a disaster cycle: Mitigation or Prevention, Preparedness, Response and Recovery.

The Academy hosted a summit of faculty of Maritime Academies on April 17, 2009, in order to address the need to respond to pirate attacks.[2][3][4] Sea Terms are conducted between the two academic semesters, in January and February. Cadets register soon after the New Year holiday, and prepare the USTS Kennedy for sailing, including loading provisions in the freezers and dry stores spaces. The ship sails for foreign ports of the Caribbean Sea three out of four years, and one in four formerly traveled to the Mediterranean Sea, unfortunately the school can no longer afford the trip. At least one of the Caribbean voyages includes the Panama Canal and an Equator crossing.

The voyage lasts about 52 days on average, and during that time a cadet will rotate through class and laboratory training at sea, ships operations including deck and engine watches, maintenance and emergency drills. Port visits offer a time to relax, but still include watch responsibilities and ship's maintenance.