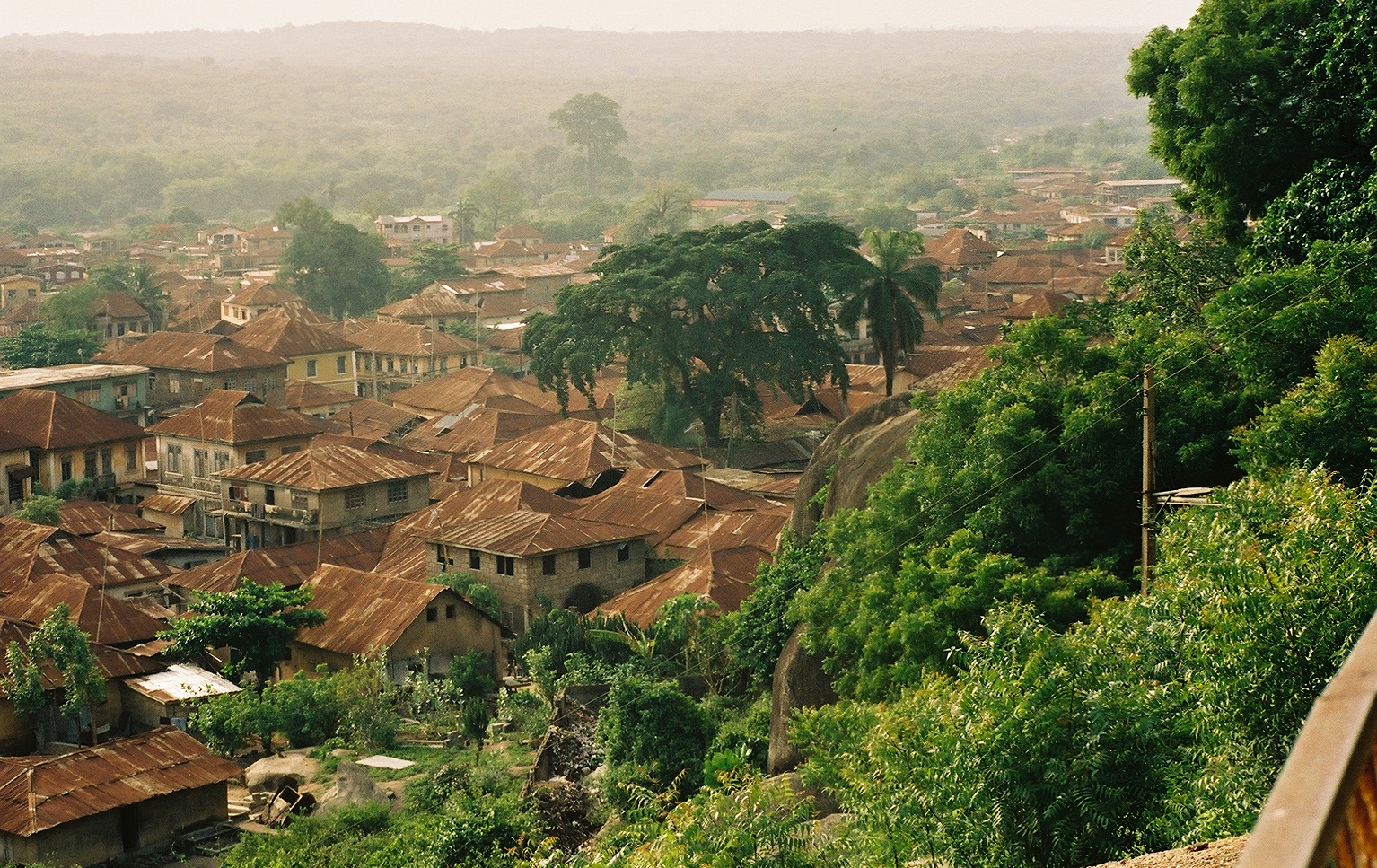 Abẹokuta lies in fertile country, the surface of which is broken by masses of grey granite. It is spread over an extensive area, being surrounded by mud walls 18 miles in extent. Palm-oil, timber, , yams and shea-butter are the chief articles of trade. It lies below the , home to several caves and shrines.

Abeokuta (a word meaning "under the rocks"), dating from 1825, owes its origin to the inroads of the slavehunters from and , which compelled the village populations scattered over the open country to take refuge in among the rocks surrounding the city. Here they constituted themselves a free confederacy of many distinct groups, each preserving the traditional customs, religious rites and even the very names of their original villages.

The original settlers of Abeokuta were of the ethnicity.

In 1851 and 1864, the forces of Abẹokuta defeated Dahomean slave raiders.