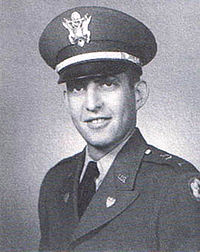 Richard Allen Lupoff (born February 21, 1935 in Brooklyn, New York) is an American science fiction and mystery author, who has also written humor, satire, non-fiction and reviews. In addition to his two dozen novels and more than 40 short stories, he has also edited science-fantasy anthologies. He is an expert on the writing of Edgar Rice Burroughs and has an equally strong interest in H. P. Lovecraft. Before becoming a full-time writer in 1970 he worked in the computer industry.

His genre career began in science fiction fandom in the 1950s. As a long-time participant, he worked on a number of science fiction fanzines, notably Xero, which he edited in the early 1960s with his wife Pat and Bhob Stewart. It received the Hugo Award for Best Fanzine in 1963. The roster of contributors included such names as Dan Adkins, James Blish, Lin Carter, Avram Davidson, L. Sprague de Camp, Roger Ebert (then 19 years of age), Harlan Ellison, Ed Gorman, Eddie Jones, Roy G. Krenkel, Frederik Pohl and Bob Tucker. In 2004, a hardcover anthology, The Best of Xero, coedited with Pat Lupoff and featuring a nostalgic introduction by Ebert, was published by Tachyon Publications. It was in turn nominated for the Hugo Award.

Lupoff also wrote reviews for the fanzine Algol, and he was an editor of Edgar Rice Burroughs for Canaveral Press. In a memoir for Omni On-Line, he recalled the chain of events that led him to write his 1965 biography of Burroughs (reprinted in 2005 by the University of Nebraska Press' Bison Books):

He began publishing fiction in 1967 with the novel One Million Centuries, followed by Sacred Locomotive Flies (1971) and Into the Aether (1974). He is credited with more than 50 books, plus short fiction, non-fiction and memoirs. He sometimes wrote under pseudonyms, notably Ova Hamlet, a name he frequently used for parodies. Pastiche and recursiveness are features of his writing: "pastiche" in that much of his work involves writing stories that play with styles or even universes created by other writers; "recursiveness" meaning that his work often includes other authors or friends as characters.

Among his most famous novels are the duology Circumpolar! (1984) and Countersolar! (1985). His short fiction, which has often been collected and anthologized, includes the short story "12:01 PM." Originally in the December 1973, issue of The Magazine of Fantasy & Science Fiction, the story was adapted into both the Oscar-nominated short film 12:01 PM (1990) and the TV movie 12:01 (1993). His novelette "After the Dreamtime" and his short story "Sail the Tide of Mourning" received Hugo Award nominations in 1975 and 1976.

His novel Sword of the Demon was nominated for the 1977 Nebula Award.[2] Robert Silverberg described it as "a strange and austerely beautiful fable that cuts across genre lines."[3] His first collection of short mystery stories is Quintet: The Cases of Chase and Delacroix (Crippen & Landru, 2008).