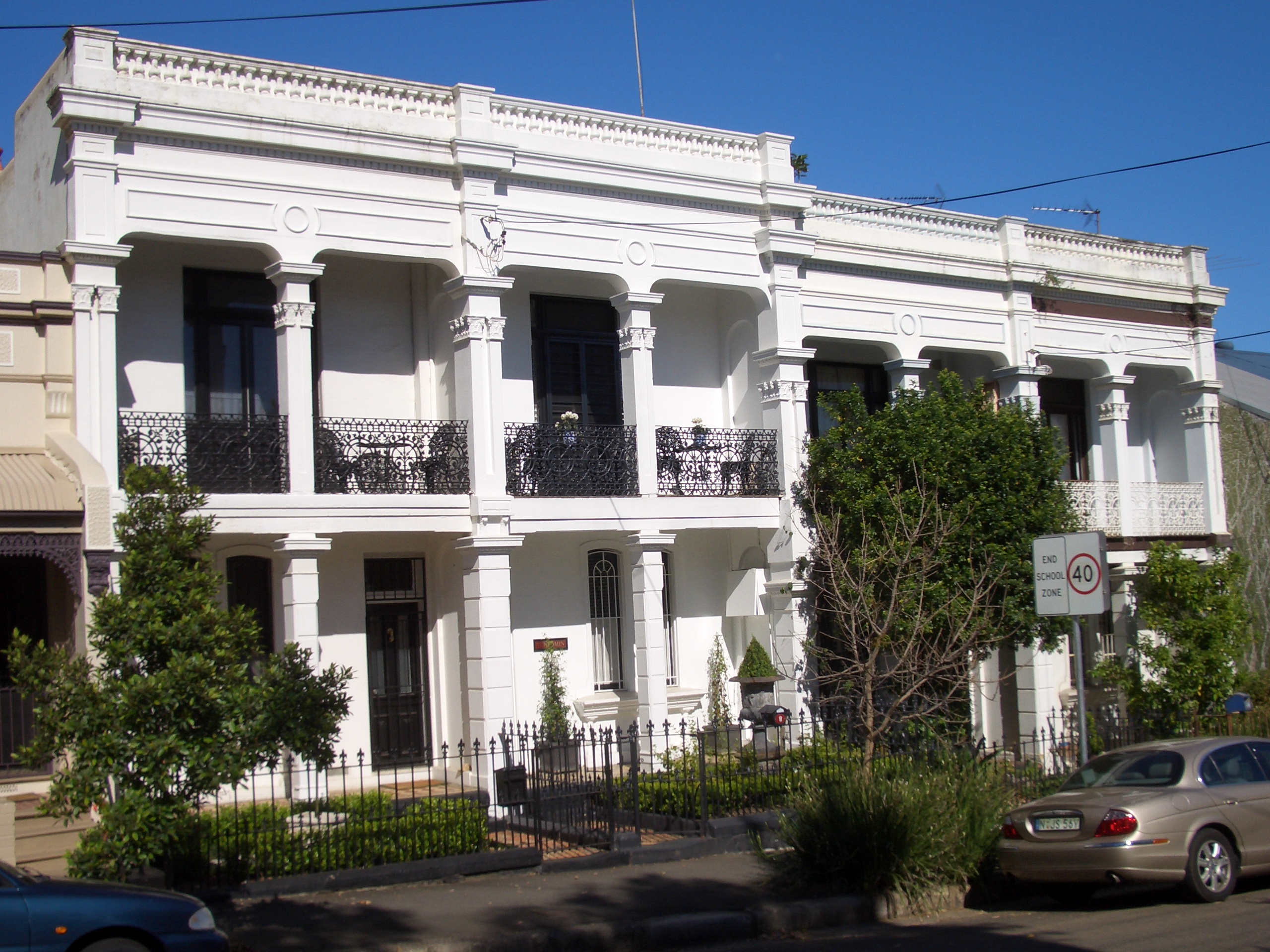 Erskineville is bordered by the suburbs of Newtown to the west, Eveleigh to the north, St Peters to the south, and Alexandria to the east. The locality of Macdonaldtown sits over the north-west border.

Erskineville is a residential suburb with a village-type atmosphere. It has a small shopping strip around the railway station and several popular pubs including the Rose of Australia, the Imperial Hotel and Erskineville Hotel. Erskineville is a popular location with residents because of its close proximity to the city, cafes and village atmosphere. These features also make real estate expensive in this area, considering the small size of most properties. Erskineville Oval is located on the eastern border of the suburb.

The area was originally part of the suburb of Macdonaldtown. Erskineville is named after "Erskine Villa", the home of Wesleyan minister, Reverend George Erskine, built in 1830. After changing owners a few times, the property was eventually left to the Church of England and became the rectory for the Holy Trinity Church at Macdonaldtown. In 1893, the Borough of Erskineville was created. Eventually the rest of Macdonaldtown was absorbed into the adjacent suburb of Newtown. [ "The Book of Sydney Suburbs", Compiled by Frances Pollen, Angus & Robertson Publishers, 1990, Published in Australia ISBN 0-207-14495-8, page 102 ]

In the late nineteenth century the inhabitants were originally market gardeners, though brick making and tanning became dominant industries by the end of the nineteenth century. The Victorian cottages and small rows of Victorian terraces that dominate the built form of the suburb were the homes of the workers in these industries, which helps explain how small they are - a four metre wide terrace is large by Erskineville standards.

In the early twentieth century manufacturing in the area diversified, and Erskineville became a resolutely working class inner city suburb, with a proud history of resistance, and a less proud history of street violence. After , Greek and later Yugoslav migrants found it an affordable place to settle, near the city. Fact|date=December 2007From the 1970s, Erskineville underwent with new residents attracted to the village atmosphere, the excellent public transport links (three railway stations on two different lines within walking distance) and the proximity to Newtown. The and community were part of the first wave of gentrification and are still a component of the community. As the terrace houses were renovated, the narrow streets were cobbled and speed-bumped and an urban forest of plantings grew in the streets and pocket parks. Fact|date=December 2007

* The Imperial Hotel at Erskineville is the famous drag show pub featured in the movie "").
* Erskineville and the Inner West area were featured in the , "", one of the last projects that worked on before he was offered the role of Wolverine in "X-Men", henceforth becoming a movie star.
* Famed retro band was raised and formed here.