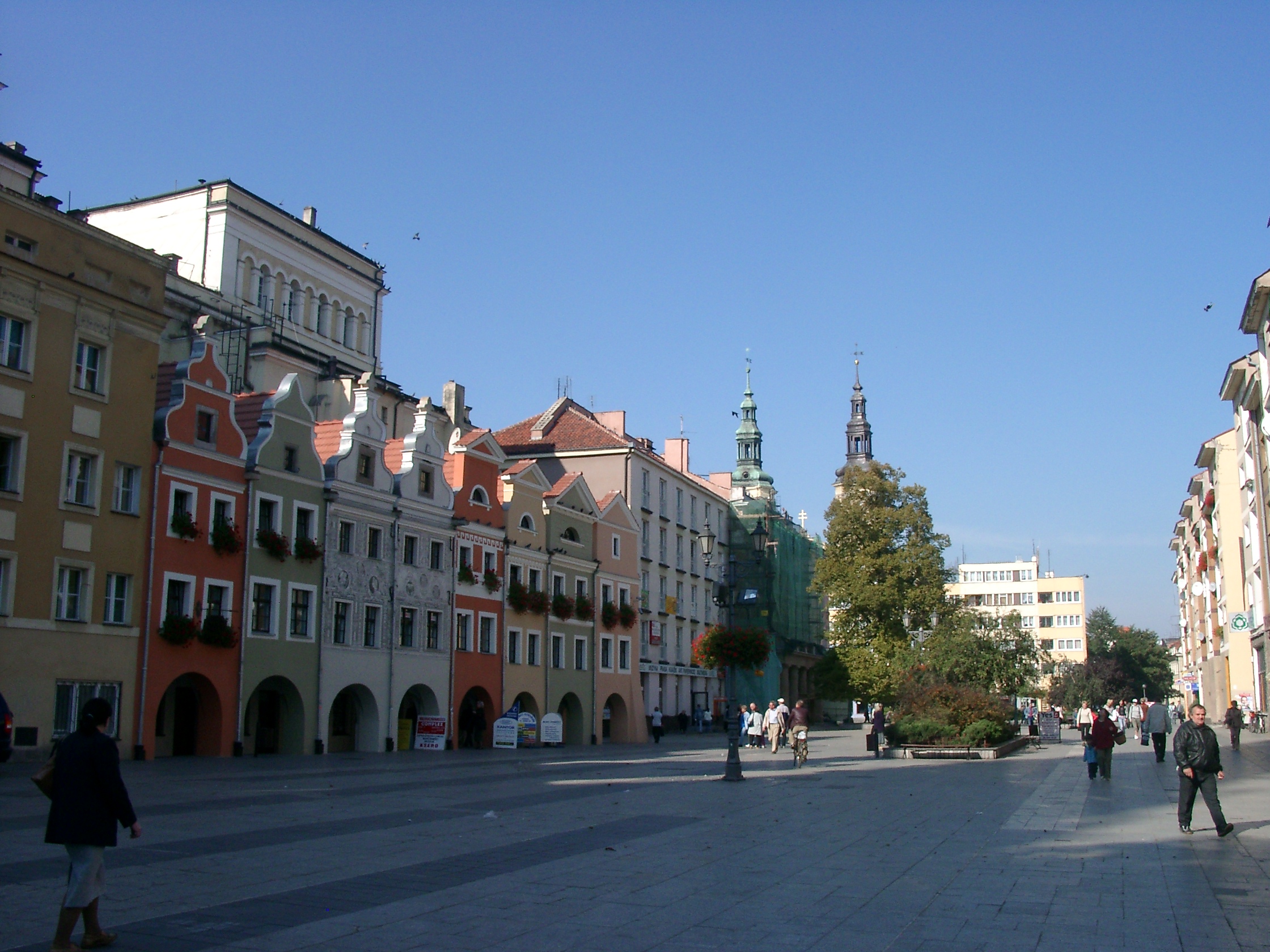 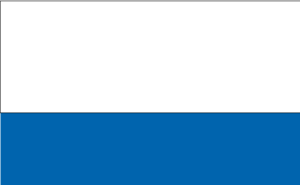 The city was formerly known in Polish as "Lignica"; it was officially renamed Legnica in 1946, after it had passed to Poland from following . [ [http://www.legnica.um.gov.pl/pl/site/miasto/historia_miasta/07 Information on history from the city's website] ]

Since 1999 Legnica has been part of (from 1975 to 1998 it was the administrative seat of the former ). The city constitutes a separate urban and city county, as well as being the seat of (which surrounds but does not include the city).

The area of Legnica was at the intersection of travel routes of ic and . in his "Germania" and recorded the (Lygii) in , and mentioned their town of Lugidunum, which has been attributed to both Legnica [Pierre Deschamps. "Dictionnaire de géographie ancienne et moderne". Straubling & Müller, 1922.] and Głogów. [James Cowles Prichard. "Researches Into the Physical History of Mankind". Sherwood, Gilbert, and Piper. London, 1841.] When the East Germanic tribes left for southern Europe, West Slavic tribes moved in and were the first group to settle it permanently.

The city was first officially mentioned in s from 1004, although settlement dates to the 7th century. It was originally known as Lignica. It became the residence of the dukes of in 1163, when the emperor granted ducal titles and liens to and was the seat of a principality ruled from 1248-1675. The n dukes by the 17th century started to use an invented name "Silesian Piasts" and in 1847 a Polish historian for the first time wrote about a .

Legnica became famous for the (or Battle of Wahlstatt) that took place at near the city on during the . The Christian army of the Polish duke of Silesia, supported by the feudal nobility, included Poles, Bavarian miners and , was decisively defeated by the . Although the Mongols killed Henry and destroyed his forces, their advance into Europe was halted when they turned back to attend to the election of a new (Grand Khan) following the death in the same year of . Minor celebrations are held annually in Legnica to commemorate the battle.

As the capital of the at the beginning of the 14th century, Legnica was one of the most important cities of Central Europe, having a population of approximately 16,000 residents.Fact|date=April 2007 The city began to expand quickly after the discovery of in the River between Legnica and Złotoryja (Goldberg).

Legnica, along with other Silesian duchies, became a vassal of the Kingdom of during the 14th century and was included within the . The was introduced in the duchy as early as 1522 and the population became Lutheran. After the death of King at Mohács in 1526, Legnica was inherited by the of . The first map of Silesia was made by native son . In 1676, Legnica passed to direct rule after the death of the last Silesian Piast duke, Georg Wilhelm (son of Duke ), despite the earlier inheritance pact by Brandenburg and Silesia, by which it was to go to Brandenburg. Silesian aristocracy was trained at the .

In 1742 most of Silesia, including Liegnitz, became part of the after King Frederick the Great's defeat of Austria in the . In 1760 during the , Liegnitz was the site of the Battle of Liegnitz when Frederick's army defeated an Austrian army led by Laudon. In 1813 during the , the Prussians, under Field Marshal Blücher, defeated the French forces of MacDonald in the nearby.

After the administrative reorganization of the Prussian state following the , Liegnitz and the surrounding territory () were incorporated into the (administrative district) Liegnitz, within the on . Along with the rest of Prussia, the town became part of the in 1871 during the . On Liegnitz became the third city in Lower Silesia (after Breslau and ) to be raised to an urban district, although the district administrator of the surrounding Landkreis Liegnitz continued to have his seat in the city.

After the defeat of during , Liegnitz and all of Silesia east of the river was transferred to Polish administration following the in 1945. The German population was expelled from between 1945 and 1947 and replaced with Poles and, as the medieval Polish name "Lignica" was considered archaic, the town was renamed Legnica. The transfer to Poland decided at Potsdam in 1945 was officially recognized by in 1950, by under Chancellor in the Treaty of Warsaw signed in 1970, and finally by the reunited Germany by the Two Plus Four Agreement in 1990. By 1990 only a handful of Polonized Germans, pre-war citizens of Liegnitz, remained of the pre-1945 German population.

The city was only partly damaged in World War II. After 1965 most parts of the preserved old town with its precious town houses were demolished, the historical layout of a city was abolished and the city was rebuilt in modern forms. [Dehio - Handbuch der Kunstdenkmäler in Polen: Schlesien", Herder-Institut Marburg and Krajowy Osrodek Badan i Dokumentacji Zabytkow Warszawa, Deutscher Kunstverlag 2005, ISBN 342203109X, page 521.]

From 1945 to 1990, during the , the headquarters of the Soviet forces in Poland, the so-called , was located in the city. This fact had a strong influence on the life of the city. For much of the period, the city was divided into Polish and Soviet areas, with the latter closed to the public. These were first established in July 1945, when the Soviets forcibly ejected newly arrived Polish inhabitants from the parts of the city they wanted for their own use. The ejection was perceived by some as a particularly brutal action, and rumours circulated exaggerating its severity, though no evidence of anyone being killed in the course of it has come to light. In April 1946 city officials estimated that they were 16,700 Poles, 12,800 Germans, and 60,000 in Legnica.

In the 1950s and 1960s the local and industries became a major factor in the economic development of the area.

Until the winter of 2003, the longest "osobowy" (standard railway train stopping at every station, in contrast to fast and s) train service in Poland ran from to Legnica (via , Nysa, and ).

* : copper mining and processing, owns a large on the western outskirts of town.
* There is a in Legnica, where will be opening a factory in summer 2008 [ [http://www.theinquirer.net/gb/inquirer/news/2007/11/27/lenovo-open-big-polish-pc Lenovo to open big Polish PC factory - The INQUIRER ] ] .

Legnica is noted for its parks and gardens, and has seven hundred hectares of green space, mostly along the banks of the river; the Tarninow district is particularly attractive. [ [http://www.legnica.um.gov.pl/en/site Legnica: Welcome to Legnica ] ]

In the south of Legnica there are Highway&mdash;A4. Legnica has also a district, which is a part of country road no 3.

Legnica has public transport. In city there are 20 normal bus lines, 1 belt-line, 2 night lines and 3 suburban.

The town has an airport (airport code EPLE) with a 1600-metre runway, the remains of a former Soviet air base, but it is (as of 2007) in a poor state and not used for commercial flights.