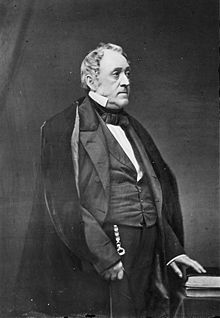 He graduated at Columbia College, studied under Sir Astley Cooper in London, and also spent a winter in Edinburgh. After acting as demonstrator of anatomy he was appointed professor of surgery in Columbia College in 1809. From 1811 to 1834 he was in very extensive practice as a surgeon, and most successful as a teacher and operator.

He tied the innominate artery in 1818; the patient lived twenty-six days. He performed a similar operation on the carotid forty-six times with good results; and in 1827 he was also successful in the case of the common iliac. He is said to have performed one thousand amputations and one hundred and sixty-five lithotomies.

After spending seven years in Europe (1834-1841) Mott returned to New York where he was on the founding faculty of the university medical college of New York, now New York University School of Medicine. He translated AALM Velpeau's Operative Surgery, and was foreign associate of the Imperial Academy of Medicine of Paris.