The Road Back Home

The Road Back Home 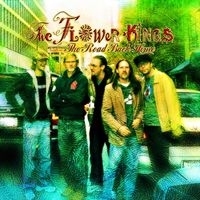 "The Road Back Home" is the second by Swedish band .It's a that features some of the group's shorter and more straightforward songs, rather than their usual long/complex epic songs. All songs have been remastered and most have been remixed, and a lot of them have even been reworked, featuring new guitar solos, or new lead vocals, or different backing vocals, etc.
personally did all the remakes, between December 2006 and January 2007, and gives comments for each track on the album's booklet.This album also features an unreleased track from ""The Rainmaker"" sessions, plus a of Genesis famous song "".

All songs by except where noted.