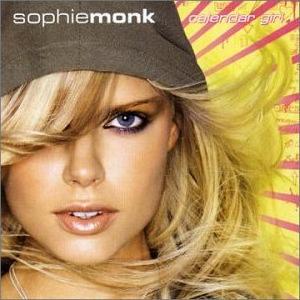 Calendar Girl is the debut album by , released in 2003. It peaked at #35 March 2003 on the ARIA Albums Chart. It debuted at number thirty five and went down the charts from then on. The album was mixed with contemporary pop (tracks are; Come My Way, Get the Music On, Don't Push It, Love Thing, Anywhere with You, Inside Outside, Step Back to Love, Luv Me, You Better Not Fail and One Breath Away) and classical opera (tracks are; Pie Jesu, Ave Maria (Interlude) and Ave Maria).

The song "Come My Way" was covered by Japanese pop star (her version called "Come") with Japanese lyrics. It was released first as a single on , and later on the album STYLE on December 10 of the same year.