Got to Get You into My Life

Got to Get You into My Life

Infobox Single
Name = Got to Get You into My Life

Infobox Single
Name = Got to Get You into My Life 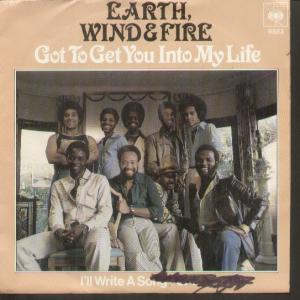 "Got to Get You into My Life" is a by on the album "Revolver". It was released as a single in the US in , a decade after its initial release and six years after The Beatles split up. This was the single that was released as a for the "Rock 'n' Roll Music" . It hit #7 on the chart, The Beatles' last top ten hit there until their 1995 release "". A by , produced by , made the British Top 10 in the summer of . Another cover version by topped the US R&B charts and reached #9 on the US pop charts in .

Though officially credited to , McCartney was primarily responsible for the writing of this track, to which he also contributes lead vocals. was said to have been very fond of the song, saying this was, "Paul at his best," according to a 1980 Playboy interview. McCartney attempted to write in the style of American for this song, as particularly inspired by the Stax label. The soul revue-style horns are especially allusive to the Stax "" sound. Traces of influence are apparent as well. It was recorded at between and and evolved considerably between the first takes and the final version released on album. The mono and versions of the recording also feature completely different ad libs in the .

Following the outro of "I Want to Tell You", the song immediately starts with the horns. McCartney's vocals clock in at 0:07. The predominant instrument playing is the horns, similar to the soul records of the late '50s and early '60s. The chorus of the song appears at 1:04, with the song's title sung. The song switches between a verse and the . The electric guitar solo clocks in at 1:53, and at 2:10 the horns come in, playing the same as the song opened with. The song closes with fading vocals of McCartney, much akin to the soul records of the time. The percussion instrument most predominant is the , overdubbed onto the standard drum kit.

Although many believed it was a love song that Paul was writing for a girl, he later disclosed the song was about marijuana in ' book "". Many from the song suggested this - "I took a ride I didn't know what I would find there / Another road where maybe I could see some other kind of mind there.", "What can I do, what can I be when I'm with you I want to stay there / If I am true I will never leave and if I do I know the way there."