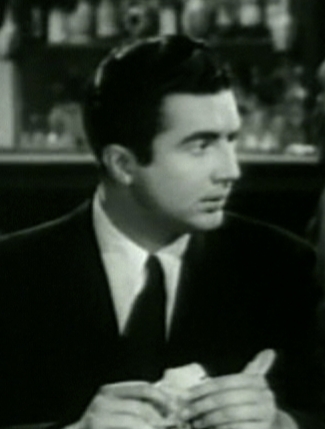 Born Eric Efron in , Vallin came to America while still young. He started his career with an uncredited part in the film "Freshman Year" [ [http://www.imdb.com/title/tt0030158/ "Freshman Year" at IMDb.com ] ] . He later joined the in 1942, and the same year received his first co-star billing in the film "The Panther's Claw" togheter with [ [http://www.imdb.com/title/tt0035171/ "The Panther's Claw" at IMDb.com ] ] , and showed promising leading man material in "Secrets of a Co-Ed" with [ [http://www.imdb.com/title/tt0165938/ "Secrets of a Co-Ed" at IMDb.com ] ] . But what was seeming to be a career pointed to stardom, turned later into secondary roles in several B-movies and cliffhanger serials. For the most part, Vallin interpreted the hero's dullish sidekick, a secondary villain, or a prominent ethnic figure. In the minds of studio filmmakers, he had a tight B-movie image and found any advance to the "A" ranks an almost impossibility.

By the mid-1930s Vallin had moved considerably down the credits list, until he became a mainstay in the serials and appeared in a few of the Bowery Boys 1940s capers. His successful union with Columbia also kept him active in minor roles in three 's "" movies, playing both sinister villains and savage natives. Occasionally he showed up in popular TV-series as "Bat Masterson", "", "" and "Wyatt Earp", as well in both and ' weekly television shows. His last appearance was a guest role on "Daniel Boone" in 1966.

Vallin died in at age 57, and was buried in Eden Memorial Park in Chatsworth, California.