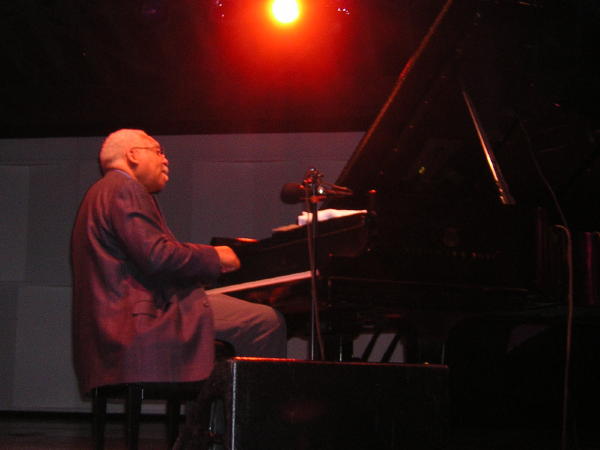 Ellis Marsalis (born , , ) is an American . He is considered one of the premier s in modern . He can usually be seen performing on Fridays at Snug Harbor jazz bistro in New Orleans.

Ellis Marsalis is the son of the late , a businessman and social activist, and Florence Robertson [ [http://www.wargs.com/other/marsalis.html Ancestry of Wynton Marsalis ] ] Ellis and wife Delores Ferdinand have 6 sons: , , Ellis Marsalis III (1964), , Mboya Kinyatta Marsalis (1971), and . Branford, Wynton, Delfeayo, and Jason are also jazz musicians. Ellis is a poet, photographer, & network engineer based in . Mboya has autism.

Ellis started out as a tenor saxophonist, switching to piano while in high school. From his first professional performance with "The Groovy Boys" over fifty years ago, Ellis Marsalis has been a major influence in jazz. At that time, Marsalis was one of the few New Orleans musicians who did not specialize in or . He played with fellow modernists including , , and , becoming one of the most respected pianists in jazz. Though he has recorded almost twenty of his own s, and was featured on many discs with such jazz greats as David “Fathead” Newman, , , and , he shunned the spotlight to focus on . Marsalis' didactic approach, combined with an interest in philosophy, encourages his students to make discoveries in music on their own, through experiment and very careful listening.

As a leading educator at the , the , and , Ellis has influenced the careers of countless musicians, including , ,; as well as his four musician sons: Wynton, Branford, Delfeayo and Jason. In May, 2007, Marsalis was presented with an honorary doctorate from for his contributions to jazz and musical education.