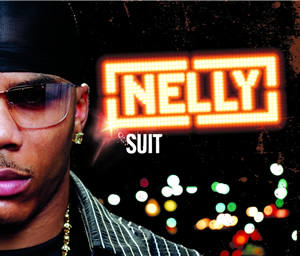 "Suit" is one of the two albums (along with "Sweat") that St. Louis rapper released in 2004. It is the album with more R&B groove, and it seems to be the more popular album of the two, by debuting at #1 with 396,000 copies sold in its first week on the , while on the same week, the "Sweat" album debuted at #2 selling around 342,000 copies in its first week on the same chart. The album features songs like: "My Place", "Over and Over", "N Dey Say", "Pretty Toes" and "Play it Off" (the first three of these were released as singles). It received a nomination. Later on in early 2005, Nelly released an album titled "" which combines hits from both the "Sweat" and "Suit" albums in to one CD.

The UK edition of this album features the remixes of "Dilemma" & "Ride Wit Me" also available on Nelly's compilation CD "Da Derrty Versions: The Reinvention"

It was the result of a minor controversy when Nelly referred Sweat and Suit as " for hip-hop," while appearing on .