Before You Love Me

Before You Love Me

Infobox Single
Name = Before You Love Me 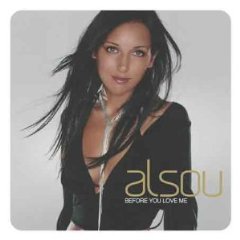 "Before You Love Me" is a song by , her first single released from her first album, "Alsou". It was released on , in and the , and a few weeks later in , in various countries throughout .

The track was a major hit in where it reached number three on the Australian Singles Chart. It also enjoyed mild success in the where it peaked at number twenty seven.

Much to the dismay of fans, a lack of promotional support from Alsou's record company meant that no further releases occurred in either or the , with the impending release of the "Alsou" album cancelled in both regions. The single was, however, effective in producing the hype in needed throughout for the album to be released and proper promotion to take place.