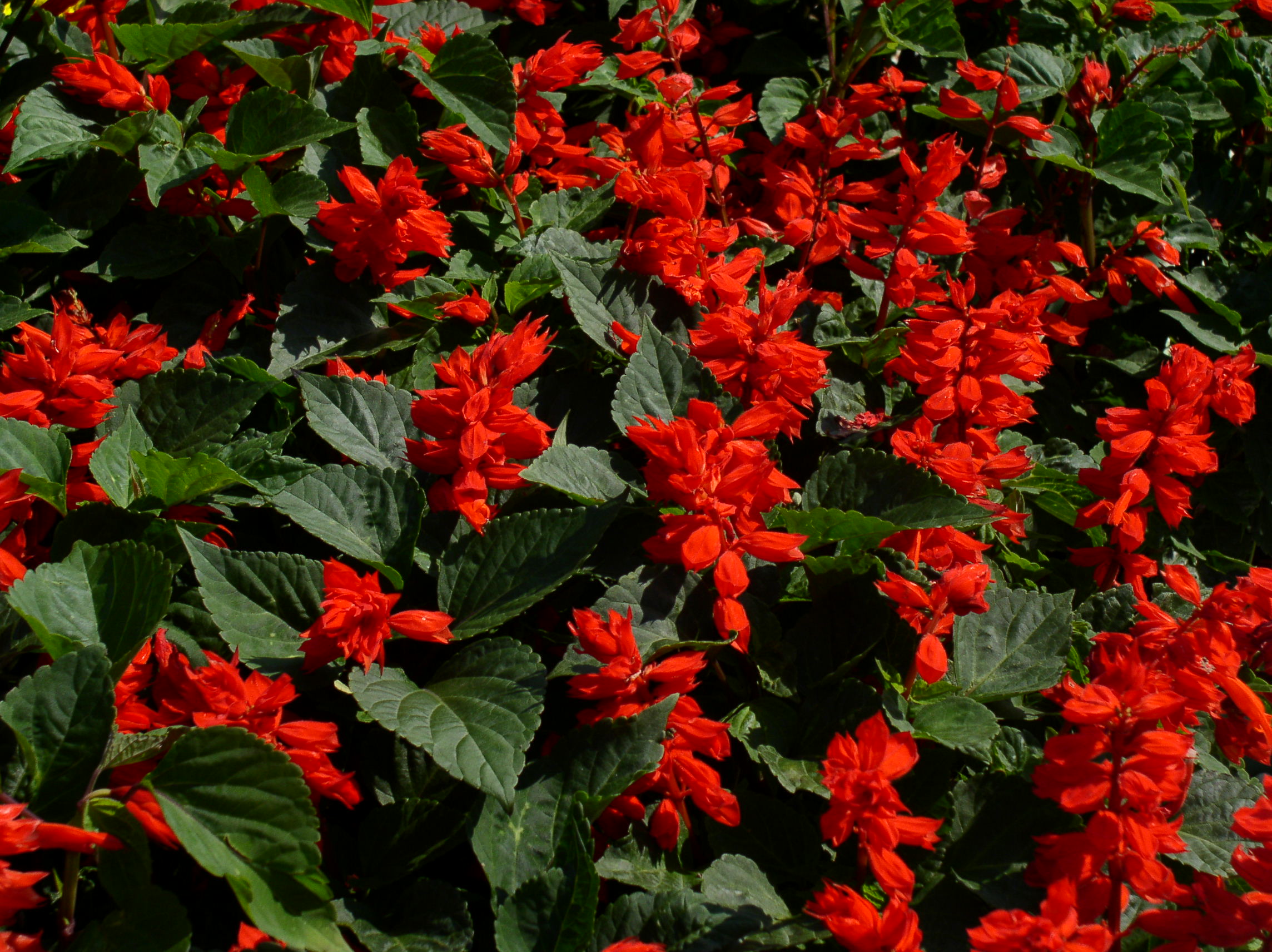 "Salvia splendens" (Scarlet Sage or Tropical Sage) is a species of sage native to . It is a sub-shrubby or growing to 1 m tall. The leaves are arranged in opposite pairs, elliptical, up to 7 cm long and 5 cm broad, with a toothed margin. The s grow on erect spikes up from the center of the plant in clusters of 2-6 together at each leaf node; they are bright red, tubular to bell-shaped, up to 35 mm long, with two lobes at the apex, the larger, upper lobe up to 13 mm long.

It is widely grown as an , with a large number of s selected for different flower color from white to dark purple. It is a tropical species which does not survive freezing temperatures as a plant, but can be grown in colder climates as an annual, reseeding itself very easily and requiring very little care. It likes full sun in cooler climates but may need partial shade during particularly hot summers.

The main pests are s, which can be a problem in moist environments.

In recent years, there have been reports of properties found in "S. splendens" leaves.Fact|date=June 2008 The related "" has long been used for its psychoactive properties by people in , and has been gaining popularity in the rest of the world.