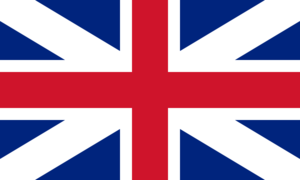 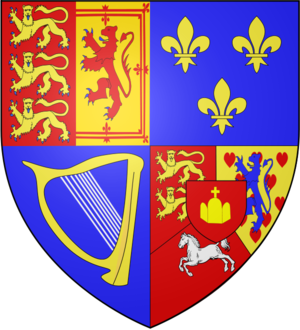 image_map_caption = Territory of the Kingdom of Great Britain
national_motto = ""
(English: "God and my right")1
national_anthem = God Save the King/Queen
capital = London
latd=51|latm=30|latNS=N|longd=0|longm=07|longEW=W
common_languages = English (throughout)

The Kingdom of Great Britain was superseded by the in 1801, when the was merged with the kingdom with the enactment of the following the suppression of the .

Following the in 1603, the whole of the island of Great Britain was ruled by a single monarch with two titles (King of England and King of Scots), and two parliaments, except during the Interregnum and during the joint reign of . From 1707, however, the monarch of the Kingdom of Great Britain ruled by the power of a single unified , rather than by the power of both crowns of the previously separate Kingdoms, and with one unified parliament. [, Article 1.] The succession to the throne of the new United Kingdom of Great Britain was determined by the English Act of Settlement, rather than the Scottish equivalent, the Act of Security as this was part of the terms agreed in the 1706 [Treaty of Union 1706, Article 2.] and put into effect with the two the following year. The adoption of the Act of Settlement required that the heir to the English throne be a descendant of Sophia of Hanover, effecting the future .

Legislative power was vested in the , which replaced the and the . [Act of Union 1707, Article 3.] As with the modern , the Parliament of Great Britain included three elements: the House of Commons, the , and the . and were given seats in both the House of Lords and the House of Commons of the new parliament. Although Scotland's representation in both houses was smaller than its population indicated it should have been, representation in parliament was at that time based not on population but on taxation, and Scotland was given a greater number of seats than its share of taxation warranted. Under the terms of the union, Scotland sent 16 representative peers to the Lords and elected 45 members to the Commons, with the rest being sent from . [Act of Union 1707, Article 22.]

However the name "United Kingdom" became the most popular usage and this was officially recognised at the time of the Act of Union with Ireland which created the .

Britain in the 18th century

Peace between England and the Netherlands in 1688 meant that the two countries entered the as allies, but the conflict - waged in Europe and overseas between France, Spain and the Anglo-Dutch alliance - left the English a stronger colonial power than the Dutch, who were forced to devote a larger proportion of their military budget on the costly land war in Europe. [cite book| first =Pagden|last =Anthony |title=The Origins of Empire, The Oxford History of the British Empire |publisher=Oxford University Press|year=1998|pages=441] The 18th century would see England (after 1707, Britain) rise to be the world's dominant colonial power, and France becoming its main rival on the imperial stage. [cite book| first =Pagden|last =Anthony |title=Peoples and Empires: A Short History of European Migration, Exploration, and Conquest, from Greece to the Present |publisher=Modern Library |year=2003|pages=90]

The death of in 1700 and his bequeathal of Spain and its colonial empire to Philippe of Anjou, a grandson of the King of France, raised the prospect of the unification of France, Spain and their respective colonies, an unacceptable state of affairs for Britain and the other powers of Europe. In 1701, Britain, Portugal and the Netherlands sided with the against and in the . The conflict, which France and Spain were to lose, lasted until 1714. At the concluding peace , Philip renounced his and his descendents' right to the French throne. Spain lost its empire in Europe, and though it kept its empire in the Americas and the Philippines, it was irreversibly weakened as a power. The British Empire was territorially enlarged: from France, Britain gained Newfoundland and , and from Spain, and . , which is still a to this day, became a critical naval base and allowed Britain to control the Atlantic entry and exit point to the .

Deeper political integration of Britain had been a key policy of Queen Anne (reigned 1702–14), the last Stuart monarch of and and the only Stuart monarch of the ). Under the aegis of the Queen and her advisors a was drawn up, and negotiations between England and Scotland began in earnest in 1706. The Acts of Union received in 1707, uniting the separate Parliaments and crowns of England and Scotland and forming the Kingdom of Great Britain. Anne became formally the first occupant of the unified British throne and Scotland sent 45 MPs to the new .Fact|date=September 2008

The , which began in 1756, was the first war waged on a global scale, fought in Europe, India, North America, the Caribbean, the Philippines and coastal Africa. The signing of the had important consequences for Britain and its empire. In North America, France's future as a colonial power there was effectively ended with the ceding of to Britain (leaving a sizeable French-speaking population under British control) and Louisiana to Spain. Spain ceded to Britain. In India, the Carnatic War had left France still in control of its enclaves but with military restrictions and an obligation to support British client states, effectively leaving the future of India to Britain. The British victory over France in the Seven Years War therefore left Britain as the world's dominant colonial power. [cite book| first =Pagden|last =Anthony |title=Peoples and Empires: A Short History of European Migration, Exploration, and Conquest, from Greece to the Present |publisher=Modern Library |year=2003|pages=91]

During the 1760s and 1770s, relations between the and Britain became increasingly strained, primarily because of resentment of the British Parliament's ability to tax American colonists without their consent. [cite book| first=Ferguson |last =Niall |title=Empire |publisher=Penguin|year=2004|pages=73] Disagreement turned to violence and in 1775 the began. The following year, the colonists declared the independence of the United States and with economical and naval assistance from France, would go on to win the war in 1783.

The loss of the United States, at the time Britain's most populous colony, is seen by historians as the event defining the transition between the "first" and "second" empires, [cite book| first =Pagden|last =Anthony |title=The Origins of Empire, The Oxford History of the British Empire |publisher=Oxford University Press|year=1998|pages=92] in which Britain shifted its attention away from the Americas to Asia, the Pacific and later Africa. 's "", published in 1776, had argued that colonies were redundant, and that should replace the old policies that had characterised the first period of colonial expansion, dating back to the protectionism of Spain and Portugal. The growth of trade between the newly independent United States and Britain after 1783 [cite book |last= James |first= Lawrence |title=The Rise and Fall of the British Empire |year=2001 |publisher=Abacus |pages=119] confirmed Smith's view that political control was not necessary for economic success.

During its first century of operation, the focus of the had been trade, not the building of an empire in India. Company interests turned from trade to territory during the 18th century as the Mughal Empire declined in power and the British East India Company struggled with its French counterpart, the "La Compagnie française des Indes orientales", during the of the 1740s and 1750s. The , which saw the British, led by , defeat the French and their Indian allies, left the Company in control of and a major military and political power in India. In the following decades it gradually increased the size of the territories under its control, either ruling directly or indirectly via local puppet rulers under the threat of force of the , 80% of which was composed of native Indian .

In 1770, had discovered the eastern coast of whilst on a scientific voyage to the South Pacific. In 1778, , Cook's botanist on the voyage, presented evidence to the government on the suitability of for the establishment of a penal settlement, and in 1787 the first shipment of convicts set sail, arriving in 1788.

At the threshold to the 19th century, Britain was challenged again by France under , in a struggle that, unlike previous wars, represented a contest of ideologies between the two nations. [cite book |last= James |first= Lawrence |title=The Rise and Fall of the British Empire |year=2001 |publisher=Abacus |pages=152] It was not only Britain's position on the world stage that was threatened: Napoleon threatened invasion of Britain itself, and with it, a fate similar to the countries of continental Europe that his armies had overrun. The were therefore ones that Britain invested large amounts of capital and resources to win. French ports were blockaded by the , which won a decisive victory over the French fleet at Trafalgar in 1805.