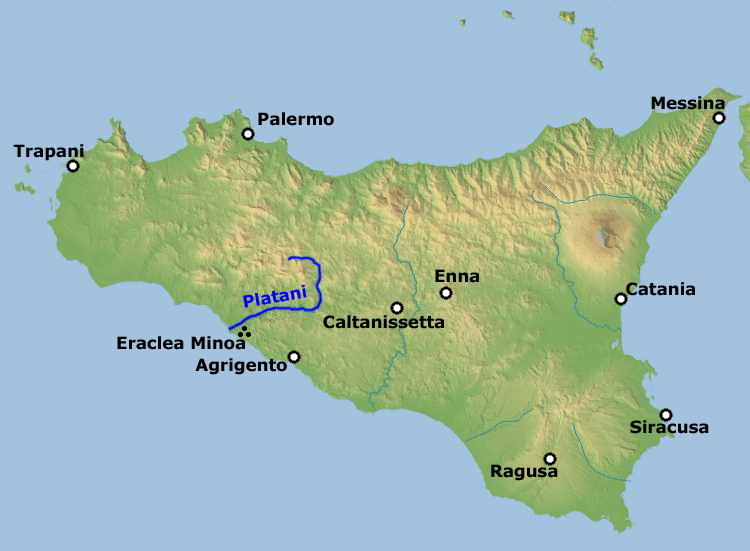 Platani, known in ancient times as "Alico" ("Halykus") is a river in southern , . It is the fifth longest in the island after , , and , with a course of 103 km, and the third for with 1,785 km², afther the Simeto and Imera Meridionale. It flows through the provinces of Palermo and Agrigento, marking the boundary between the latter and that of Caltanissetta.The river generates at the confluence of Platani di Lercara and Platani di Castronuovo, which, respectively, springs in the "comuni" of (under the Pizzo Lanzone mountain) and (between the Serra della Moneta and Pizzo della Rondine mountains). From the confluence to the mouth it runs for c. 83 km; including the branch of Castronuovo the total length is 103 km. Along its course the Platani receives the waters of several affluents, including the Gallo d'Oro, Turvoli, Vallone Morella, Vallone Tumarrano and Vallone di Aragona.

The river flows in the , near , on the boundary of the "comuni" of Ribera and .