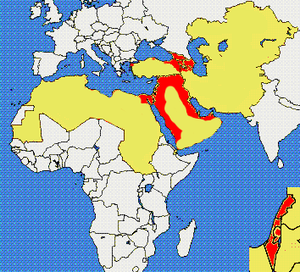 The 6th (Manawatu) Mounted Rifles was formed on March 17, 1911. They were mobilised during World War I as a squadron of the Wellington Mounted Rifle Regiment. They served in the Middle Eastern theatre of World War I and first saw action during the Battle of Gallipoli. As a part of the larger New Zealand Mounted Rifles Brigade (of the Anzac Mounted Division) they went on to serve in the Sinai and Palestine Campaign.[1][2]

It was remamed the 6th New Zealand Mounted Rifles (Manawatu) in 1921 and later to the simple, Manawatu Rifles ,which It was absorbed into 2nd Armoured Regiment on 29 March 1944.[1]