Infobox Single
Name = Yes It Is 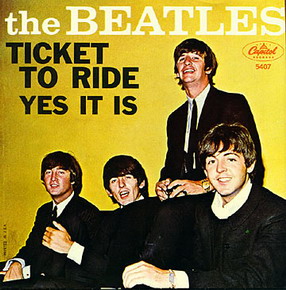 "Yes It Is" is a 1965 Beatles single credited to and (though written almost entirely by Lennon) which was first released as the B-side to "". It features some of The Beatles' most complex and dissonant three-part vocal harmonies and showcases 's early use of volume pedal guitar. Over the course of an arduous, five hour recording session, The Beatles attempted fourteen takes of the basic track before perfecting it, more than any other song they recorded in 1965.

"Yes It Is" was known to be one of Lennon's least favorite compositions, along with "", "", and "". In his 1980 interview with Playboy, he described it as an attempt to rewrite "" that "didn't quite work."

Original pressings of the single erroneously show "Yes It Is" as from the film "Eight Arms to Hold You" ("Help!"), in which it did not appear at all.

The song appears on "", the British version of the "Rarities" album, "", and also on "" in a version that combines the second and fourteenth takes.