According to "Rolling Stone"

In addition to classical composers and , the lyrics mention or allude to several popular artists. "Early in the morning" is the title of a song and "" refers to 's song. Finally, "" comes from the , "The Cat and the Fiddle". Although the lyrics mention "rocking" and "rolling", the music that the classics are supposed to step aside for is always referred to as "rhythm and blues". appropriated the lyric "a shot of rhythm and blues" for the title of his later song.

As for the rest of the lyrics, a "rhythm review" describes the old style R&B show with many featured artists appearing on one bill in front of a . One phrase that has troubled some cover artists not familiar with the southern idiom for "a little bit more" is "move on up just a trifle further". Neither nor the manage to sing the phrase correctly, despite having done two versions apiece.

Like , "Roll Over Beethoven" is a self-referential metasong, i.e. a song about the song itself.

Berry's version was originally released as a single by Chess Records in May 1956 with "Drifting Heart" as the .

There have been many subsequent releases on compilation albums.

In 2003, Berry's single was one of 50 recordings chosen that year by the to be added to the . RS500S|97|"Roll Over Beethoven" In the accompanying review, they wrote that it "became the ultimate rock & roll call to arms, declaring a new era."

It is one of the most widely covered songs in popular music&mdash;"a staple of rock & roll bands" according to Koda&mdash;with notable versions by , and the . Other covers were performed by Mountain, , , , , , , Quartz, Uriah Heep on "" and the Australian band Buster Brown on their 1974 album "Something to Say". In 1992, the English band, covered it as a B-side to its "From Here to Eternity" single.

In 1994, the Beatles released a live version of "Roll Over Beethoven" on "Live at the BBC". This live version was recorded on , and broadcast on , as part of a series starring the Beatles called "From Us To You".

This version of "Roll Over Beethoven" was used in the film "" directed by who also directed two films for the Beatles, "Help!" and "." 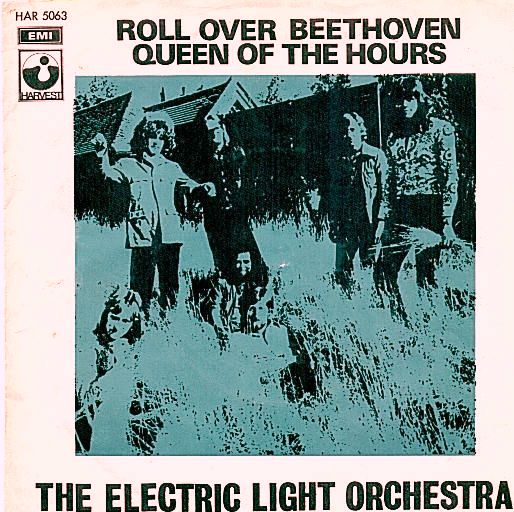 "Roll Over Beethoven" was the second single released by the and became their second consecutive top ten hit in the UK, as well as a hit in the United States when an edited version of the track was taken from the album "" in 1973. ELO's elaborate eight minute reworking of the track included an opening musical quote from 's Fifth Symphony and clever interpolations of material from the symphony's first movement into Berry's song; the band closed all their concerts using this number, their .

has performed many rock covers for his concerts throughout his career including Chuck Berry songs. His covers of Roll Over Beethoven have been in his "Rock Medleys" with Elvis, Chuck Berry, and Little Richard favorites. Though a cover was never officially released into the medley, being edited out of the CD recording of the tour, it has been on one of Meat Loaf's singles, recorded for in the early 90's according to the CD jacket.

included a cover of the Berry song on the b-side their single "From Here to Eternity", called "Roll Over Vic Vella". The song features different lyrics (written by Steve Harris) about the band's long-time tour manager, Vic Vella.

*In 1973, new owners of classical music station WNCN announced a change of format to by interrupting a performance of the "" with ELO's version of "Roll Over Beethoven". The station's classical audience was so outraged they successfully petitioned the to force a return to the previous format.

*In 1979, a highly truncated version of ELO's version of "Roll Over Beethoven" was the theme song for short-lived NBC-TV fraternity , "Brothers and Sisters".

*"Roll over Beethoven" is the very first line in 's song "Post Modern".

* references the "Roll Over Beethoven" on a song entilted "Let There Be Rock".

*The Beatles parody band, have a song called Blue Suede Schubert, that is probably based on The Beatles' version of the song. The name is a parody of .