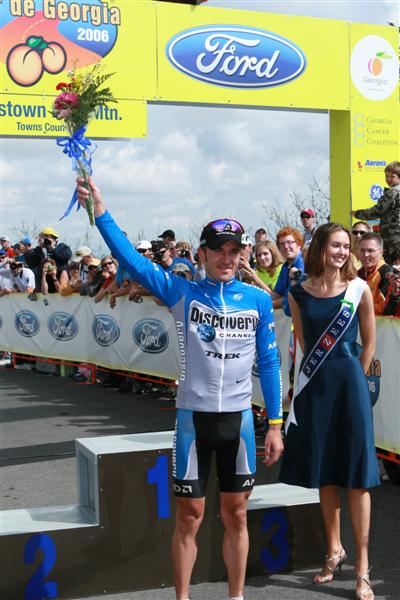 He was considered one of the most promising cyclists while riding in junior and under-23 races after catching 35 victories in 2000 and 2001.

He joined the in 2005 and he was considered as a possible successor to as team leader. In this same year, Popovych took one of his best victory by winning the , which is an important race before the . Along with the rest of the Discovery team, he won stage four in the 2005 Tour and showed his potential by winning the of the while helping win his seventh .

In the , Popovych was considered one of the Discovery Channel team's four leaders, along with , and .

Popovych mainly worked as a domestique during 2007 season, aiding to win and . Early in the season, he won the fifth stage in the after attacking 33 kilometers from the finishing line.

In 2008, Popovych moved to squad after announced that it would cease operations at the end of 2007.

Popovych was recruited as a domestique member of the 2008 Silence Lotto Tour De France team primarily to support lead rider . He was criticised by many cycling commentators for not providing strong support for Cadel, who had to battle alone against the strong CSC team.