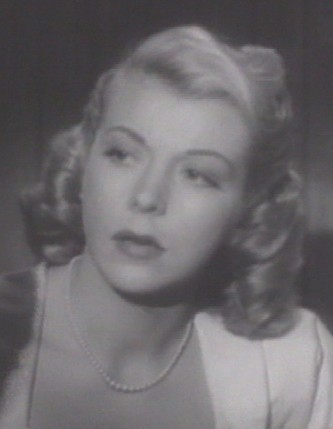 Born Armilda Jane Owen, her mother was (1893-1997), a prominent stage, radio, and early television actress. Britton's father, Raymond G. Owen, was a doctor who died when the actress was twenty years old. She had two sisters, Virginia, an actress under contract to and Mary, a social worker.

Pamela attended State Teacher's Normal School and Holy Angels Academy in her hometown of , taking leads in her school class plays. By the age of nine she was doing summer stock and came calling at ten though her mother rejected the advances, saying she wanted her to be an actress, not a child star. Pamela started making the rounds at fifteen using the name Gloria Jane Owen but found that as soon as people knew who her mother was they expected her to be as accomplished as the respected dramatic actress. She chose the name Pamela from a British book and Britton to emphasise the source.

After a stint touring with band-leader Don McGuire, her big break came when she was cast as both 's understudy and "Gertie" in the Broadway singer of "Oklahoma!". When the show went on tour she took over Holm's role as "Ado Annie". After her New York agent pushed her credentials to MGM executive Marvin Schneck, he came to see her performance in . Disappointed on the first night he returned after cajoling from her agent on the second and signed her immediately.

Her first role in a major production was as 's girlfriend in "Anchors Aweigh". However afterwards, a forgettable part in a forgettable film, "" in 1946 disappointed and after three years she went on suspension to play "Meg Brockie" in "" on Broadway.

She returned to the big screen in "" (which starred ) in 1950 and then went on to make by far her most significant film appearance in the classic "D.O.A.", also in 1950. She made her third film of the year in the -starring "" (1951) although it was 19 years after that until she returned to the big screen. During that period, she portrayed the title role of the TV version of the Chic Young newspaper comic strip, "Blondie", for the one season it ran, opposite Arthur Lake as her husband, "Dagwood Bumstead." (Lake had played the role earlier in numerous movie comedies, opposite Penny Singleton in the role of the title character.) Britton was married on to Capt. Arthur Steel after they met on a blind date in arranged by Pamela's sister. After the wedding he was posted to on active service and Britton continued working. They had a daughter Katherine Lee, born on . After the war Steel worked as an advertising executive and went on to manage the hotels. Britton worked mainly in West Coast theatre while their daughter grew up, reprising her role in "Brigadoon" in 1954, appearing in "" at the and then going back to Broadway to replace an ailing in "".

What is perhaps her signature role began in 1963 and lasted until 1966 as she appeared as nosy landlady Mrs. Lorelei Brown in "". The show also brought her back to . After the series ended she appeared in the eminently forgettable "" (1969) before her final big-screen appearance in another dud, "" (1970).

In May 1974, while performing on tour with in "The Mind with the Dirty Man", Britton began to have headaches. She went to a doctor and two weeks later died of a , aged 51.

Pamela Britton is buried at .