The Chalmun's Cantina (often called the Mos Eisley Cantina, the Star Wars Cantina) is a fictional bar (cantina) of the Star Wars universe located in the "pirate city" of Mos Eisley on the planet Tatooine. It is the haunt of freight pilots and other dangerous characters of various alien races and contains booths, a bar counter, and some free-standing tables, and sometimes a band of musicians named Figrin D'an and the Modal Nodes.

Exterior of the Cantina, at Ajim, Tunisia. Colin Kenworthy. 2005.

The establishment is extremely rough in nature; but the clientele and the management give incidents of deadly violence no more than a moment's attention. Droids are not allowed inside; a droid detector near the front door alerts the management of any entering droid.

The exterior scene was initially filmed in 1976 at the little town of Ajim, which is a fishing port on the Isle of Djerba, Tunisia in North Africa. The film crew added some false frontage to the structure, giving it a more dramatic appearance. The building has seen no refurbishment since 1976. The interior set was constructed and filmed on Stage 6, Elstree Studios in London. [1] In early 1977, Lucas added several alien close-ups at Hollywood Center Studios, because he was dissatisfied with both the make-up and the limited coverage he had from the Tunisia footage. The new material was seamlessly cut into the film by Lucas' editors, including then-wife Marcia Lucas. [2]

The cantina is first introduced in Star Wars Episode IV: A New Hope. The following events occurred in the cantina in A New Hope:

The anthology of intertwined short stories Tales from the Mos Eisley Cantina, edited by Kevin J. Anderson, explores the cantina and its clientele further. The book also explores the reasons for the cantina's ban on droids: the bartender Wuher claims to dislike everyone, but lashes out at droids because they are the only thing that will not try to fight back; the proprietor, a Wookiee named SterReidum, does not tolerate droids because they do not drink, and therefore occupy valuable space.

Apparently, patrons are not allowed to use blasters inside the premises; this is apparently largely ignored, as Solo, Greedo, and Ponda Baba all carried blasters.

The Cantina segment was enhanced by composer John Williams' jazz instrumentals, featured on the soundtrack album as "Cantina Band" and "Cantina Band #2". The score reflects Williams' interest in jazz from the 1950s; the composer later cited his intention to invoke kind of a "1940s feel" for the scene, sounding "both alien and yet familiar at the same time." [3]

Drinking-dining establishments were featured twice in the prequel Episode II: Attack of the Clones. 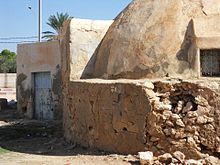 Kevin Smith, well known for Star Wars references in his films, refers to the cantina in the movie Dogma. When Jay and Silent Bob discuss joining forces with Bethany, Jay chimes in: "I feel like I'm Han Solo, and you're Chewie, and she's Ben Kenobi, and we're in that fucked up bar!"

The indie rock band Silver Jews has an instrumental song named after the scene on their first EP The Arizona Record.

The rock band Eisley was originally named Moss Eisley, but ultimately shortened their name in order to avoid any possible litigation.

In 1998, the "Cantina Band" music was used as background music for a sketch on the Alvin and the Chipmunks album The A-Files: Alien Songs.

The band Blink-182 references the cantina in their song "A New Hope", with the lyrics "But when you were available, I was drinking Colt 45s with Lando. I was hanging out in the cantina on Mos Eisley".

Barney Stinson, from the show How I Met Your Mother, said that he was "one drink away from the cantina scene from Star Wars" while he was looking for girls in the bar.

The band Mr Bungle has included the music of John Williams in their live shows. With a medley of "Cantina Band", "Imperial March" and "Main Theme".[4]

The band Brave Combo includes a bar of the cantina music in their polka rendition of the William Tell Overture, on their album "Box of Ghosts".

Musician Voltaire makes many humorous references to characters of the Star Wars series on his song that, ironically, is named "Cantina".

The 2011 science fiction comedy film Paul features a scene in which the main characters walk into an American bar and the band is playing the "Cantina Band" song.

Mark Jonathan Davis, later of Richard Cheese and Lounge Against the Machine, made a parody song of Barry Manilow's "Copacabana", called "Star Wars Cantina," released in 1996.[5] Davis used the melody of that song; his lyrics are a rough outline of Star Wars Episodes 4 through 6. The song received significant radio airplay, along with "Weird Al" Yankovic's song "Yoda", in the run-up to the 1997 release of the Star Wars Special Edition VHS box set and the 1999 release of The Phantom Menace. "Star Wars Cantina" is often erroneously attributed to Yankovic. The song was not released on CD due to copyright complications.

The musician Voltaire also did a parody on his album Ooky Spooky.