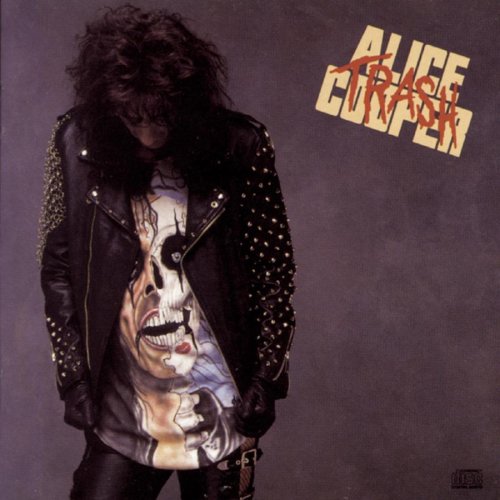 
"Trash" was the 1989 smash by legendary shock-rock singer .

The album featured "Poison", Cooper's first top ten hit since his single "You And Me" in 1977. After Alice's return to the music industry in 1986 with the successful tour "The Nightmare Returns", Cooper had sought assistance from to create a comeback album. "Trash" became one of Cooper's biggest albums, accompanied by music videos for "Poison", "Bed of Nails", "House of Fire", and "Only My Heart Talkin'". A successful year-long worldwide in support of the album was documented in the release "Alice Cooper Trashes The World".

The album features many guest performances including , , and , who left the Alice Cooper line-up after the 1987-88 World Tour. The song "Bed of Nails" has been covered since by Finnish melodic death metal group .