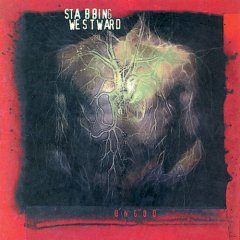 "Ungod" is the debut album released on by the American band . The album was recorded in six weeks of 1993 in , , and released in February 1994. With adequate album sales and touring with the likes of a second album was warranted, "". The guitar line in the chorus of the song "Ungod" was later used in Filter's song "." The line was written by Stuart Zechman, who played guitar for both Filter and Stabbing Westward. [ [http://www.musicfanclubs.org/stabbingwestward/faq.html Stabbing Westward FAQ Version 2.0] , musicfanclubs.org] The song "Nothing" appeared in the "Bad Boys" movie starring , and , but was not featured on the official soundtrack album. In the film "Mortal Kombat", "Lies" is played early in the tournament, but refused to include it in the official soundtrack.