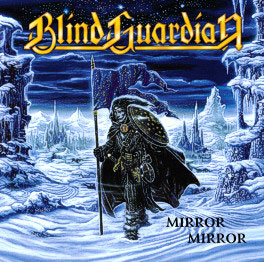 "Mirror Mirror" is a single by the German band , released in 1998. Cover art was painted by . The song Mirror Mirror was composed for the 1998 album . Lyrics of "Mirror Mirror", based on 's "", recount how Turgon, in view of inevitable defeat, builds the city of Gondolin, aided by Ulmo ("The Lord of Water").

The single also includes two songs from album of 1995 and a cover version of Judas Priest song "" that was also released on split tribute album.