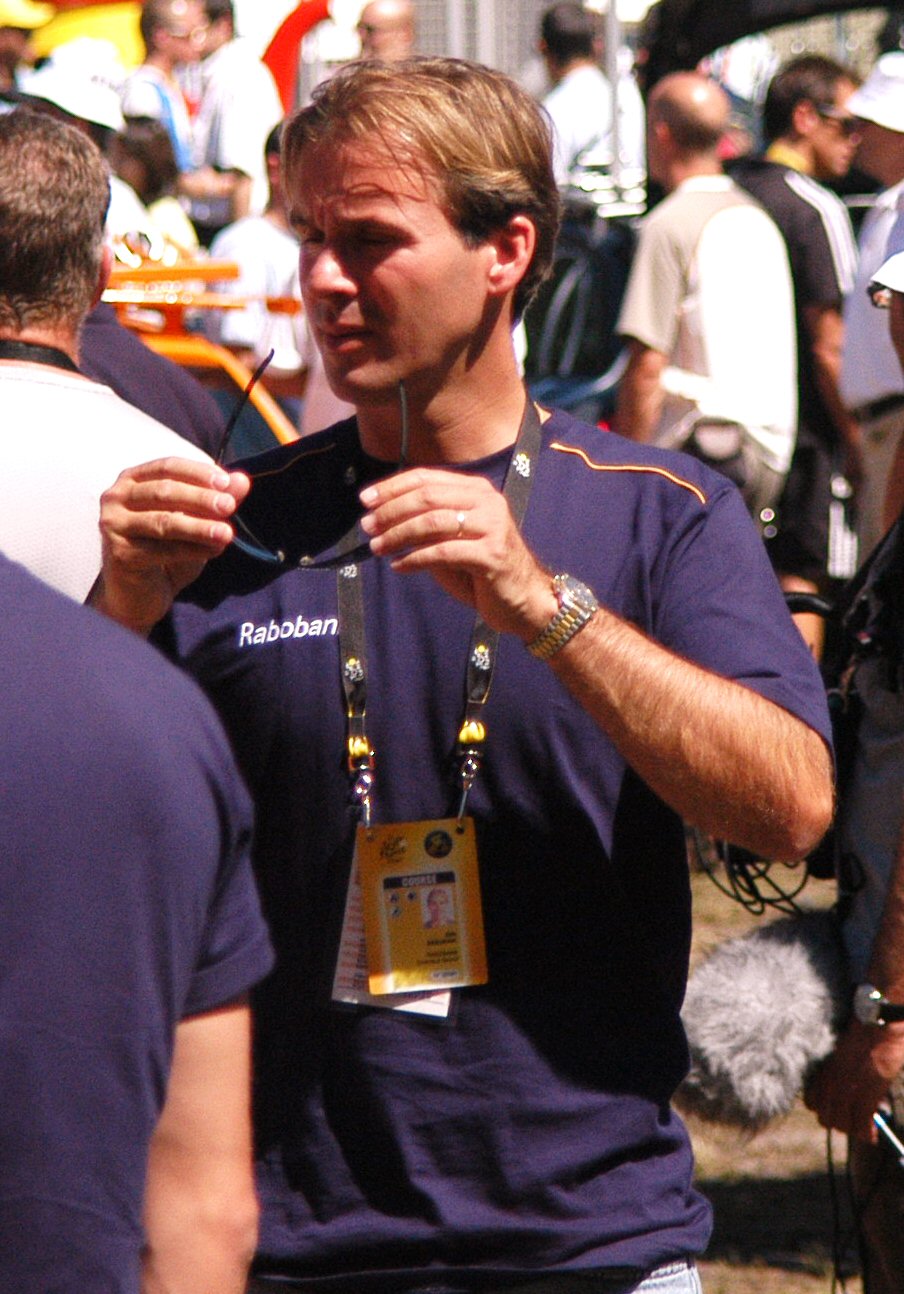 Erik Breukink (born , in , ) is a former professional . In 1988, Breukink won the youth competition in the Tour de France. In 1990, Breukink reached the podium in Paris, finishing 3rd in the . Currently he is the manager of the Rabobank team.

Breukink was born in a cycling family, as his father Willem Breukink was director of the Gazelle bicycle factory. Despite this, he chose to be a soccer player. In 1980 he changed to pursue a cycling career. [ [http://www.tourdefrance.nl/achtergronden/nederlandsehelden/Erik-Breukink-577.html tourdefrance.nl biography nl icon] ] In 1982, this appeared to be a good choice, when he won the Dutch national pursuit championship for juniors. At the , Erik Breukink competed with , and the 100km Team Pursuit and finish fourth place. [ [http://www.aafla.org/6oic/OfficialReports/1984/1984v2.pdf Official results 1984 Olympic Games] ] In 1985, Breukink won 2 time trial stages in , and finished 3rd place overall. He decided to switch to a professional career.

Breukink made his debut as a pro in 1986 for the Skala-Gazelle team. He turned out to be a time trial specialist and was a good climber. In his debut in 1987, he won one stage and finished second in the youth competition. His real breakthrough in the major courses was the 1988 , where he debuted with a 2nd place, winning the stage in a snowstorm. In the he won the youth competition and finished 13th place. In the , he showed his time trial skills by winning the prologue, and wearing the for one day. In that year's Giro d'Italia, he almost won, but lost the lead in the due to hunger.In 1990, Breukink wanted to focus on the Tour de France, so he switched to the PDM team, that allowed him to do so. In the , the result was good, winning two stages and finishing 3rd overall. The result could even have been better, but Breukink suffered from some bad luck: in the climb to the Breukink had to switch bicycles three times.In 1991, Breukink together with the entire PDM-team had to leave the tour ranked 3rd, officially due to food poisoning, but it was later exposed that it was due to [ [http://www.parool.nl/artikelen/SPO/1058332921293.html Terug naar ... 16 juli 1991nl icon] ] [ [http://www.cyclingnews.com/results/archives/dec97/dec1.html Dutch Drugs Scandal - Part 6] ] In 1992, he appeared weak, especially in his favourite time trials. In 1993, Breukink switched to the ONCE-team, where his performance improved again. Bad luck followed him however, as just before the start of the , he was hit by a car. The damage to his left knee caused him to give up during the Tour.Breukink rode the Tour de France four times afterwards, but never reached his old level. In 1997 he ended his professional cycling career, having ridden 11 Tours de France and won 4 stages. He garnered 61 career victories in total.

After one year as a Public Relations officer for the Rabobank-team, Breukink started as co-commentator for the NOS, covering the Tour de France. In 2002 and 2003, the GP Erik Breukink [ [http://www.gp-erikbreukink.nl/ Official site GP Erik Breukink nl icon] ] , a UCI level 2.3 course [ [http://www.uci.ch/data_2002/road/calendar/03_2002.htm UCI 2002 road calendar] ] , was run, with and as winners, [ [http://www.velo-club.net/article.php?sid=14741 GP Erik Breukink final classifications] ] but it was discontinued in 2004 due to financial problems. [ [http://www.dewielersite.net/db2/wielersite/nieuwsfiche.php?nieuwsid=1121 GP Breukink afgelast nl icon] ]

On , it was announced that Erik Breukink started as a team manager for the Rabobank team. [ [http://www.tourdefrance.nl/nieuws%5C2004%5CErik-Breukink-ploegleider-Rabobank-1660.html Erik Breukink ploegleider Rabobanknl icon] ] Thanks to his ONCE-years, Erik Breukink speaks Spanish fluently, which is helpful to communicate with the Spanish cyclists in the Rabobank team and cyclist , who also speaks Spanish better than English. [ [http://www.rabobank.nl/particulieren/sponsoring/wielrennen/proteam/de_ploegleiders/ Team informationnl icon] ] Since Breukink became team manager, the Rabobank cycling team's successes have included , , the (3x), the (2x), the , the final classification and three stages in the , 6 stages in the Tour de France and the (2x) in the Tour de France.On, , Breukink received the "médaille de la fidélité" from the Tour de France organisation, because he had been present in the Tour de France for 20 years. (11 times as rider, 1 time as PR-officer, 5 times as sports commentator and 3 times as team manager). [ [http://www.tourdefrance.nl/nieuws%5C2006%5CTwintig-Tours-met-Breukink-3515.html Twintig Tours met Breukink nl icon] ]

(* means did not finish)