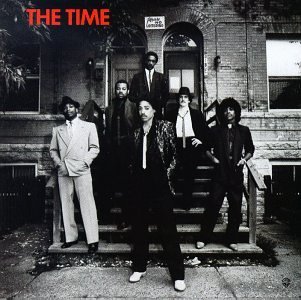 "The Time" is the 1981 debut album by The Time. The album consists of six tracks in the funk-pop or genre. Although the band's lineup is listed and pictured on the cover, the album was essentially written and performed by Prince, with replacing Prince's lead vocals. Indeed, Prince's backing vocals can be heard clearly on several tracks. All tracks were written by Prince as Jamie Starr except for "Cool", which was co-written with , "After Hi School" written by Dez Dickerson and "The Stick" written by . Coleman also provided backing vocals on "Cool" and "The Stick". Also, Doctor Fink provided solos on "Get It Up" and "The Stick". The track "Oh, Baby" was recorded in April 1979 at Alpha Studios in Los Angeles during the sessions for Prince's self-titled 1979 album "Prince".

The album was produced and arranged by Jamie Starr, which was one of Prince's many s. Despite the fact that The Time was basically an extension of Prince, the well-trained and talented band created a sensation when performing the songs live. Prince has remarked that they were the only band he was scared to perform against.

"The Time" produced three singles: "Get It Up", "Cool" and "Girl", the first 2 charting within the top ten on the R&B charts. "Cool" was covered by for his ninth album, "".