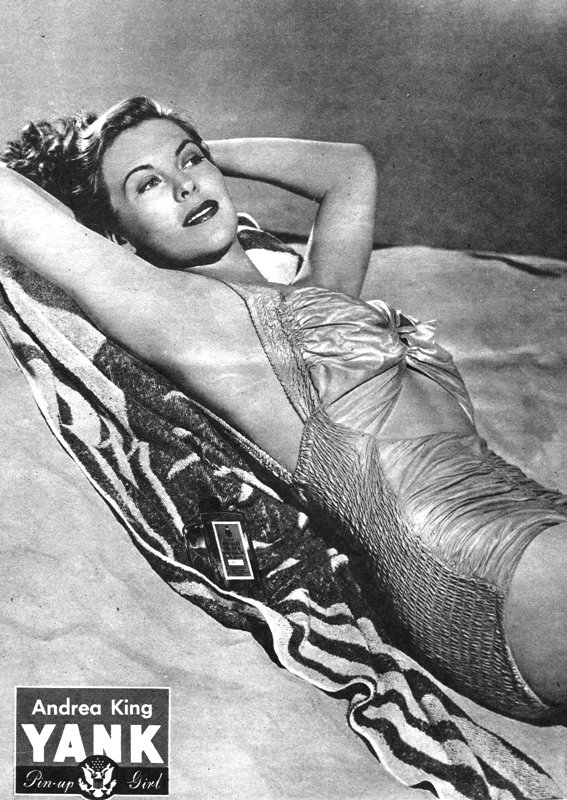 Andrea King (, – , ) was born Georgette André Barry in was an American film actress. At two months old she moved with her mother to the United States. She was raised in , and .

She appeared in Broadway plays and other theater work before appearing in 's first feature-length film entitled "The Ramparts We Watch" (1940). In 1944, she signed with and changed her stage name to King (some of her early movies have her credited as "Georgette McKee" - her stepfather's name). King appeared uncredited in the film, "" (1944). She appeared in ten movies in three years from 1944 – 1946. King was originally cast to play Dr. Lilith Ritter in 's classic "Nightmare Alley", but had to choose between that movie and another noir, the one she chose was a memorable role as sophisticated Marjorie Lundeen in "".

The Warner Bros. studio photographers voted Andrea the most photogenic actress for the year 1945. In the 1960s and 1970s, most of her acting work was on television.