Fuerte Olimpo is a city in . It is the capital of the department of .Infobox City
official_name = Fuerte Olimpo
motto 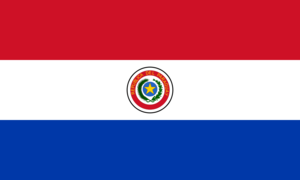 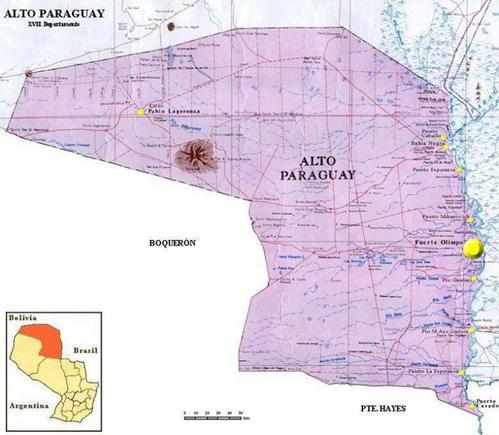 Capital of Region, far from 838 km, located on Paraguay River, originally called Fuerte Bordón. The city is also known as “la puerta de entrada al Pantanal”, entrance to Pantanal. Fuerte Olimpo is on east of Chaco Boreal on east shore of near the mouth of Blanco River, to the north the moist ground called humedales from the Gran Pantanal. Fuerte Olimpo is far away from the flood. The city is surrounded by a big wall 4 km long.

This plain is almost 300 metres above the sea level. Soil is good for farming and cattle rising. Laguna Capitán is a lagoon in Fuerte Olimpo.Fuerte Olimpo is between two hills, in one is Fuerte Bordón and in the other one is Maria Auxiliadora Cathedral.The hill 3 hermanos are elevations of the region, on top of the middle cerro palms of karanday can be seen and also the moist ground of the Nabileque and Sierra de Bordón in .

The weather is tropical, temperatura is around 45°C in summer, and the minimum 9°C in winter. The average is 25°C. Long droughts followed by strong rains are important characteristics of the region.

The city was founded by in named Fuerte Borbón by the Governor , who sent the Commandant José Antonio de Zavala y Delgadillo, to protect the area from the Virreinato del Río de la Plata from the from Brazil. The first settlement was between the Brazilian and . Caciques Mbayaes were invited for the foundation.

During government it was called Fuerte Olimpo, maybe because of the main Cerro (hill) which was said to resembleMount Olimpus in ancient Greece. At that time Paraguayan sovereignty established a for Brazilian trading.

At the beginning of Triple Alianza War(1865-1870) it was a very important offensive spot in the , in Fuerte Olimpo was a strategic place too but it was taken by Brazilians when campaign ended. Originally, wanted to own from Fuerte Olimpo to Chaco Boreal to the Bahía Negra, but when Brazil left Paraguay, Argentina did not claim it.

After the 70's the area belonged to large landowners who chopped the quebrechales having native people work as slaves, that period was called tannin cycle, it was the beginning of some industries, forests were destroyed and the place was used for cattle raising good for the kind of weather. Another important aspect was the industries of tejas, palm and bricks. So Fuerte Olimpo became a port for exportation. During Chaco war in the 30's Fuerte Olimpo was again an important place for offensive strategies. It was declared the business center of Alto Paraná Region.

The main activity is cattle rising.

Boats and canoes are the main important means of transportation to get to Fuerte Olimpo. People travel in the riverboat Aquidabán , which goes from Concepción to Bahía Negra.Another way to go there is going Route 9 “The Transchaco highway” to “Cruce Pioneros”, at km. 409, there is a no paved route to get Fuerte Olimpo.You can also get to , at km 444 and there is a no paved route until km. 333.There is also a landing runway for small planes.

• Fuerte Borbón, from . Built from rocks on one of the Olimpo hills. • María Auxiliadora Cathedral, on top of another hills, built of stone.

• An observatory: the three hills of Fuerte Olimpo: called "Tres Hermanos". • A museum and native tribe called Ishir “Virgen Santísima”, which includes presentation of some crafts and a welcome from the Shaman. You can also ride some motor launches on the Paraguay River to enjoy the wonderful flora and fauna of the region. There are some tourist guides.