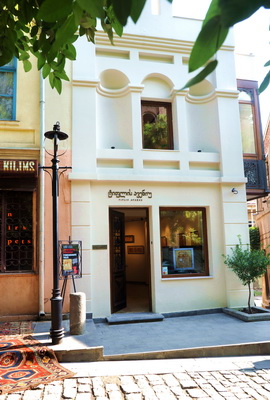 The Shuttle Training Aircraft (STA) is a training vehicle that duplicates the 's approach profile and handling qualities, allowing pilots to simulate Shuttle landings under controlled conditions before attempting the task on board the orbiter.

The aircraft's exterior has been modified in order to allow it to withstand the high aerodynamic forces incurred during each training . Inside the aircraft, a redesigned cockpit provides a high-fidelity simulation of the Shuttle Orbiter's controls and pilot vantage point; even the seats are fitted in the same position as those in the Space Shuttle.

The four STAs are normally located at , approximately 2-3 miles from Johnson Space Center in , Texas. [cite web |url=http://www.nasa.gov/home/hqnews/2008/sep/HQ_08230_JSC_closes_for_Ike.html |title=NASA'S Johnson Space Center Closes For Ike |date=Sept. 11, 2008 |publisher=NASA] The STA is also used at in Florida. It is primarily flown by astronauts practicing landings at the and as well as to assess weather conditions prior to Space Shuttle launches.

The STA is particularly critical for Shuttle pilots in training because the Orbiter lacks the atmospheric engines that would allow the craft to "try again" after a poor approach. After re-entry, the Shuttle is a very heavy (it is sometimes referred to as a 'flying brick'), and as such has only "one" chance to land.

In order to match the descent rate and drag profile of the real Shuttle at convert|37000|ft|m|-2, the main landing gear is lowered (the nose landing stays retracted due to wind load constraints) and engine thrust is reversed. Its flaps deflect upwards to decrease lift as well as downwards to increase lift.

Covers are placed on the left hand cockpit windows to provide the same view as from a Shuttle cockpit, and the left-hand pilot's seat is fitted with the same controls as a Shuttle. The STA's normal flight controls are moved to the right, where the instructor sits. Both seat positions have a (HUD).

In a normal exercise, the pilot descends to convert|20000|ft|m|-3 at an airspeed of convert|280|kn|km/h|0, convert|15|mi|km|0 from the landing target. The pilot then rolls the STA at convert|12000|ft|m|-2, convert|7|mi|km|0 from landing. The nose of the aircraft is then dropped to increase speed to convert|300|kn|km/h|-1, descending at a 20-degree angle. At convert|1750|ft|m|0 the pilot flares to reduce the descent angle to a more gradual 3 degrees. The shuttle landing gear release is simulated at convert|300|ft|m|-1 above the ground surface, since the STA main gear has been down for the whole simulation. The nose gear of the STA is lowered at convert|150|ft|m|0|abbr=on AGL in case of an inadvertent touchdown with the runway surface.

If the speed is correct, a green light on the instrument panel simulates shuttle landing when the pilot's eyes are convert|32|ft|m|0 above the runway. This is the exact position that the pilot's head would be in during actual landing. In the exercise, the STA is still flying convert|20|ft|m|0 above the ground. The instructor pilot deselects the simulation mode, stows the thrust reversers, and the instructor flies around the runway, never actually landing the aircraft.

A sophisticated computer system installed on board the STA simulates the flight dynamics of the orbiter with nearly perfect accuracy. The STA's highly realistic simulation of the Orbiter is not limited to handling characteristics, and also includes:

The pilot then navigates the STA around a heading alignment circle, a maneuver which aligns the shuttle's (or training aircraft's) flight path with the landing runway.

Every Shuttle Commander has practiced at least 1000 landings in this manner, as has each mission's Shuttle Pilot. [ [http://www.nasa.gov/vision/space/preparingtravel/rtf_week5_sta.html NASA - Test Drive: Shuttle Training Aircraft Preps Astronauts for Landing] ]

In the event NASA's s are not in use, the STAs are used for transporting crewmembers between major sites, namely from Johnson Space Center in Houston to in , Florida.