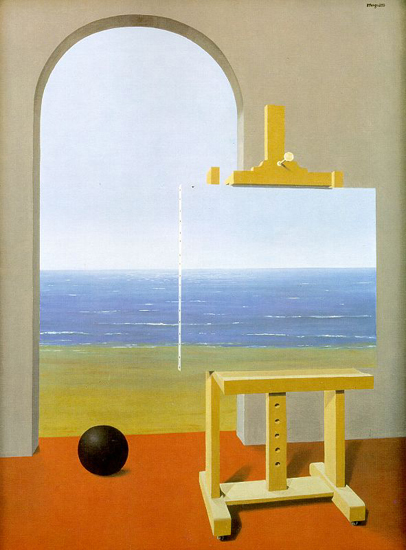 "The Human Condition" is an oil on canvas painting by the Belgian surrealist .

The painting depicts a room in a building near the sea. A black ball is inside the room. The seascape is seen out the door. An easel is seen, with a painting of the sea which completes the seascape scene.

The painting is currently in the . [ [http://www.clevelandart.org/explore/artistwork.asp?searchText=Magritte&tab=1&recNo=0&woRecNo=3&view=more Cleveland Museum of Art - The Human Condition] ]