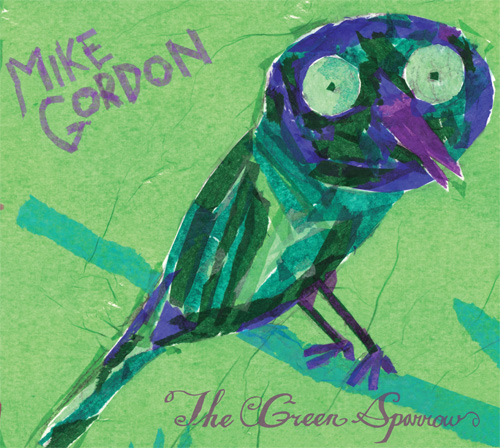 "The Green Sparrow" is the second solo album from bassist , released August 5, 2008. It is his first solo album in five years (since 2003's ""). Gordon has also released a pair of studio albums with acoustic guitarist , a live album with the experimental , and a live DVD with offshoot .

Gordon dedicated all of 2007 to writing "The Green Sparrow" while taking a year long hiatus from touring. It was recorded at the end of 2007 and into 2008 in his home recording studio in and features guest appearances from , , , , and others. A tour to support the album began in July 2008 with Gordon backed by guitarist , keyboardist Tom Cleary, drummer Todd Isler, and percussionist Craig Myers. Only Murawski remains from Gordon's original 2003 touring band.

"All songs written by "

# Doing It Anyway (at )
# Be Careful What You Wish For (at [http://www.rhapsody.com/mikegordon/thegreensparrow Rhapsody] )