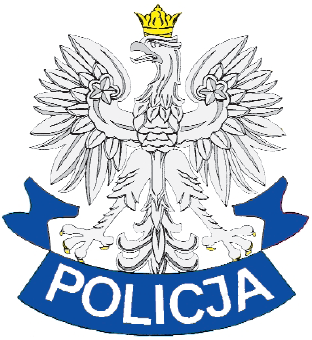 Policja is the generic name for the in . The Polish police force was known as "policja" throughout the (1918–1939), and in modern Republic of Poland since . Its current size is approximately 100,000 staff. Among the departments in the force are , Municipal police services, Highway Patrol service, the administration activity services, the Safety service, the service for investigating corruption and serious commercial crimes, the rapid response team, the railway police service and the air service

Today, most common types include various models from Škoda, , , steadily phased out (manufactured in Poland) and other.

Traditionally, they are painted in dark blue (side doors optionally painted in white for traffic police) with white stripes and the word "POLICJA" on both sides, composed into the stripe. Earlier version (used at the beginning of 1990's) had a thinner stripe with word "POLICJA" written under it (it was adopted from communistic Milicja paint scheme, some examples even had visible traces of the world "POLICJA" being corrected from "MILICJA", with two first letters in different shade of white, on a patch of different shade of blue). However, currently (2007), in an attempt to conform to EU standards, the scheme is being modified to silver/blue (similar to modern German police cars).

* x4.800 (The contract was awarded in 2007 and first deliveries were scheduled for October that same year.)

Other weapons of polish police: