Mary Ball (1812–1892) was an Irish naturalist and entomologist most noted for her studies of Odonata and for her discovery of the curious phenomenon of stridulation in aquatic bugs.

The Ball family lived in Youghal, County Cork. Mary had two brothers — Robert and the curiously named Bent — and one sister, Anne, a well-known algologist. The family was Protestant and "involved in trade." 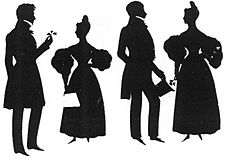 Robert encouraged Mary in her early insect studies, purchasing for her a copy of James Stephens' Systematic Catalogue of British insects, published in 1829. In this she detailed the insects in her growing collection. At this time (1833) Mary began a correspondence with the Belfast naturalist William Thompson. Her insect collection became large for the time and was very well known.

One interesting find was a specimen of the migratory locust figured in John Curtis British Entomology- Folio 608 Locusta christii dated August 1, 1836.. "In the cabinets of Miss Ball and the author"- "Another specimen, captured last September at Ardmore in the county of Waterford by Miss M. Ball has been kindly transmitted to me for my inspection by Mr Robert Ball of Dublin. It is of the same sex as the one figured but the elytra are much more spotted".

Mary Ball's Odonata were studied by the Belgian entomologist Michel Edmond de Selys-Longchamps on his visit to Dublin.

After the successive deaths of her father in 1841, her mentor William Thompson in 1852 and her brother Robert in 1857, Mary seems to have given up entomology and taken to fern gardening (then a craze). A success too: "If Aunt Mary had planted a parasol it would have grown into an umbrella," one of her nephews remarked.

Mary, as was the convention, did not publish her work under her own name. The three known works were all communicated by her brother Robert. They are