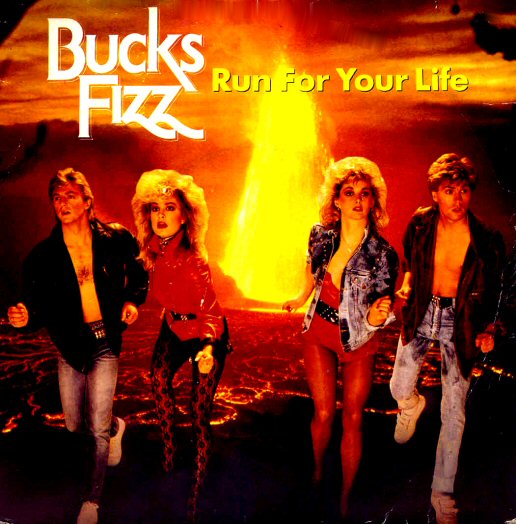 "Run for Your Life" is a single by UK pop group Bucks Fizz. Released in March 1983, this was the eighth consecutive top 20 hit for the group. Eventually peaking at No.14, the song remained on the chart for 7 weeks. [ [http://www.chartstats.com/songinfo.php?id=10495 Chartstats.com - Chart details] ]

"Run For Your Life" was written by Andy Hill and and produced by Hill. The song was featured on the group's third album, "," which was released in the same month. [ [http://www.raffem.com/BucksFizz81to84.htm#run Raffem.com - Bucks Fizz chronology] ]

Similar to "London Town", another single by Bucks Fizz, the song's lyrics touch on the subject of . [ [http://www.lyricstime.com/bucks-fizz-run-for-your-life-lyrics.html Run for Your Life lyrics] ] The for the single shows Bucks Fizz running about in a manor house as well as performing the song in a white void. [ [http://www.bucksfizzearlyyears.co.uk/runforlife.htm bucksfizzearlyyears.co.uk - video shots] ]

Around this time, the group filmed a TV special, "Live at Blazers" to promote the album and closed with this song. [ [http://www.raffem.com/BucksFizz81to84.htm#run Live at Blazers details] ]

In 2008 a new -style remix of this song was produced and included on the group's album, "The Lost Masters 2 - The Final Cut" . [ [http://www.raffem.com/BucksFizzNNews.htm Raffem.com - The Lost Masters 2 Review] ]