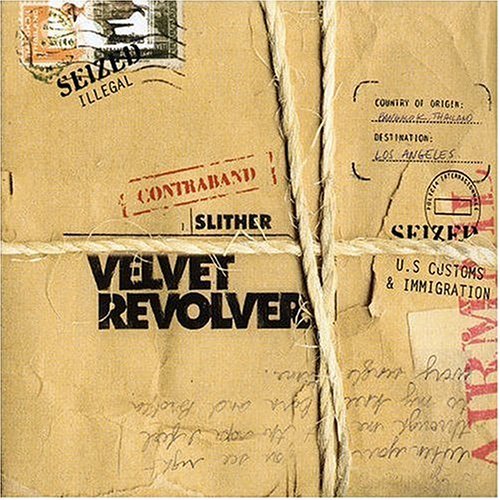 "Slither" is the second single by from their debut album "Contraband". The single was released in 2004.

The song reached #1 on the "Billboard" chart, and stayed there for 9 weeks. It also became their sole #1 hit on the chart, due to its somewhat heavier sound than some of their other material. "Slither" also charted at #56 on the , making it Velvet Revolver's highest charting song and the highest charting song that has appeared on.

Most famous for its instantly recognizable opening bass riff and its unmistakable guitar riff, it is arguably the bands signature song, and is frequently the closer to their shows. It was awarded a Grammy in 2005 for , an award Weiland had won with his previous band, , for the song "Plush" in 1994.

*In 2006 sampled a part of "Slither" for his song "" on the album "".
*In 2007, the song was used in a advertising campaign.
*The song appears in the commercial for "". The song isn't included with the game, but is available in a Velvet Revolver downloadable song pack for and .