Bad Day on the Block

Bad Day on the Block 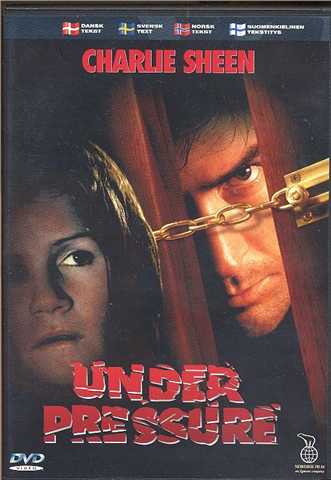 "Bad Day on the Block" is a 1997 directed by Craig R. Baxley. It stars and . Although intended to be released in theaters, it was ultimately distributed . However, it was released to the theatres in some countries under the name Under Pressure; it initally premiered in .

The film opens with a fire. Lyle Wilder () is a decorated firefighter who saved an baby's life in a crack-house fire. He was honored for his bravery. However, Lyle Wilder is a psycho, who had his wife, Marge and son, Kenny (Rory Flynn) leave him because of his violent tendencies. He believes that the neighbors ( and ) and their two children (Noah Fleiss and Chelsea Russo) are to blame for them leaving by manipulating his wife. Lyle began to hurt their children. Lyle also terrorizes Reese and Catherine Braverton. He doesn't excuse any accidents made by the Bravertons' two children, Zach and Chelsea. Lyle continues thinking that the Bravertons are his enemies. In flashbacks, it shows his violent tendencies, like playing with his wife and he being angry on his son's birthday. In another flashback, it is shown that Lyle left the mother of the baby to die in the fire because he considered her negligent.

Lyle begins to play Russian Roulette with the Bravertons. Zack stabs Lyle with a pocket knife, which only makes Lyle angrier. Catherine tries to talk to Lyle, pretending to be his ex-wife. While he is confused, Reese attacks Lyle from behind. After a brief fight, Lyle is shot by Catherine. The film ends with the Bravertons spending some time as a family.

* The first film in which Charlie Sheen is credited as Charles Sheen.
*The film is also known as "The Fireman".

* "Everyone has a breaking point.."
* "He's destroyed everything close to him. Now he's going next door."