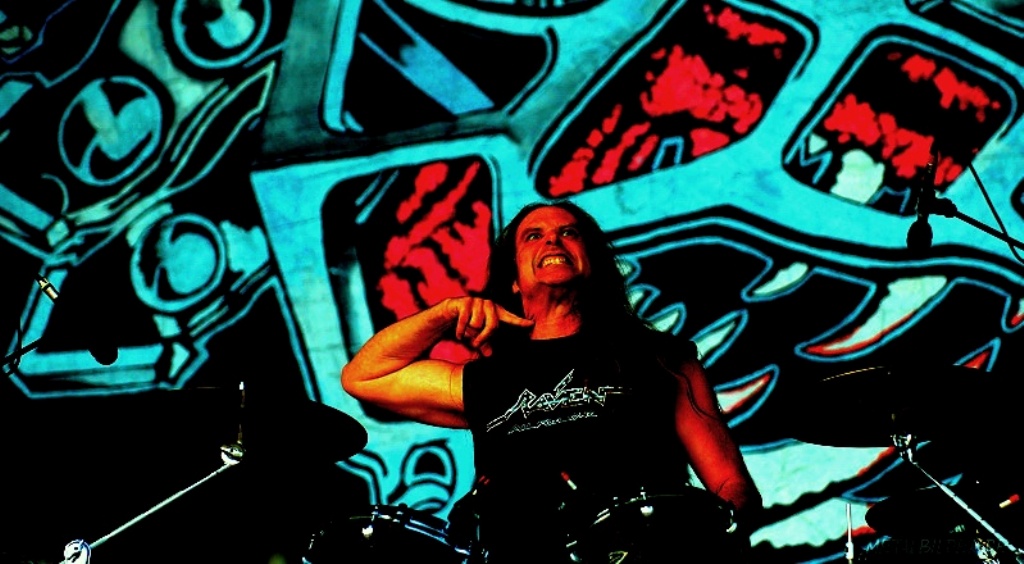 Joe Hasselvander (born 1957?) is a who has been playing professionally since the age of 9 years old in 1966. He was self-taught, playing the violin and later the drums.

Joe regularly played the military club circuit in and around the area until 1973 when he was asked to join after playing a show with them in .Fact|date=July 2008 Joe declined, saying he had to finish . He later joined a jazz fusion ensemble called the Ra Notra Sextet that was writing and performing music similar to or .

In 1973, Joe returned to the genre playing with D.C. band in the Washington/Baltimore area. In 1976, Joe was asked to play in with in a small club in Alexandria, Virginia.Fact|date=July 2008 In 1977, Joe joined forces with and started a new and serious working version of heavy metal doom band, . Joe's first single, "Living In A “Ram's Head" b/w "When The Screams Come", was recorded with Joe sharing the producing duties with Liebling. In 1979 Pentagram opened for on the “” tour and later that year Joe formed with members of Pentagram and 's "The Pack".

In 1981 Joe once again joined forces with The Boyz to release “Bustin’ Out”, followed by a show with . Joe formed with axeman Victor Griffin in 1982 and once again recruited Bobby Liebling and bassist to write and record Pentagram's first LP on New York label .

Joe moved to New York and recorded , and the solo album ; Joe performed rhythm , bass, drums and vocals, while former guitarist, played the guitar solos. 1985 found Joe working with British blues legend, performing 2 years worth of shows throughout the U.S.under the names or . Only one studio demo and one live recording exists of this lineup including players from , , and s.

In September of ’87 Joe made a cameo appearance on Pentagram’s second album, , filling in on . Joe immediately recorded all drum, guitar, bass and vocal tracks for his second solo album, , on and soon after he recorded first demos with N.W.O.B.H.M. legends, Raven at Bearsville studios in Woodstock, N.Y..

1988 Joe officially joined Raven and recorded the album for . He followed up by touring with Raven supporring Testament in the United States and in Europe in 1989. Soon after, he recorded with band for their first album, . Raven switched labels and management to and in and recorded , then supported it by touring with Germany ers . Video from this tour was made in to an on-the-road “rock-umentary” entitled , which featured very revealing moments with Mr. Hasselvander in his natural habitat and was released in tandem with featuring outtakes from and live songs from the tour. A tour with German band followed in 1992.

In 1993 Joe was asked to play on a reunion album for Pentagram called for London-based records after rerecording the drums for to be released on CD. Soon after, Joe and Victor Griffin were asked to fill in on guitar and drums for British doom band Cathedral as support on the spring 1994 tour of Europe for and their album. Joe returned to record Raven's 7th album, , on the ese label ; the album was released in 1995. Joe traveled to to take part in the with Raven. Raven then went to , to make a live album, (Live In Japan) and to record a Japanese MTV concert video. In 1996 Joe recorded with Raven at ’s studio. The band flew to once again to headline a tour for this album with support acts, Tank and .

In 1997 Joe and Bobby Liebling were signed to the Italian doom label, , and was recorded with Joe playing the drums, guitar and bass guitar and Bobby doing vocals. In the summer of 1999 Raven traveled to to record with the legendary producer . A tour in January 2000 with followed in and later that spring in the U.S.. Joe re-signed with Black Widow to record the Pentagram album , which was released to rave reviews

Joe played many one-off shows with in 2003 with sporting a leg cast from an injury sustained in a near death work accident in 2002. In 2003 Joe went to Florida with to record the album “” under the banner of featuring the searing vocals of ex-Picture,. Joe Hasselvander was the on this album.

In 2004 Joe was asked to play two concerts in with his childhood idols, . The shows went well and they got along famously. So much so that an album was recorded with Joe on the drums , ”. 2005 comes and Joe played the colossal German rock festivals “” and “” to an adoring crowd with Raven along side of the likes of and . and were filmed and released on in 2006.. played more one off festivals during 2006 and 2007.

soon releases his 3rd solo album “” on German heavy metal label , this time performing everything on the album. In November,2007 Joe went to to play in the ‘” festival at the resort in . The review by simply states that took over the show from the likes of “” “” and “”. This was all followed up by a few choice dates in and to very thankful and loyal fans who went wild for the band.

played out with a working version of his solo band, to very enthusiastic audiences up and down the east coast of the U.S. who greatly approve of the new material featured on The Hounds CD. is now currently working on a brand new line up for to tour and in the early spring of 2009. As of July 2008, Mr. Hasselvander is concentrating on upcoming shows in with friends , in New York at the Legendary club L'amour, and again back to in September for a mini-tour.