The Dark Side (album)

The Dark Side (album) 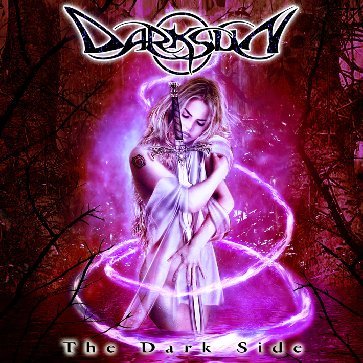 
The Dark Side is the third studio album by band , which is the english versoin of "", the album was released in Spemtember . "The Dark Side" and was released in September 2007 thrugh FC Metal Recordings. [ [http://www.darksunweb.com/esp/bio.html DarkSun biography] darksunweb.com Retrieved , ] The critics were as good as the Spanish version, like "the album can be defined with one word: brilliant!". The band collaborated on Rage's album "", with a spanish version of the song "Full Moon" entitled "La Luna Reine," which appeared as a bonus track. Just after the release of "The Dark Side" drummer left DarkSun to form part of band WarCry replacing former drummer . Yugueros had already worked with WarCry on their 1997's demo "". The band re-recruited Daniel Cabal who worked on what would become the band's new album "Libera Me". On the summer of 2008 DarkSun announced that Cabalwas leaving the band, all these occurred in a professional and friendly way from both parties. On the same announcement the band presented new drummer Jose Ojeda, who had performed drums on Spanish bands like Rivendel Lords, Killian, among others.

#Invocation
#The Dark Side
#A Hero Reborn
#Slaves of Fear
#Blood Brothers
#Prisoners of Fate
#Echoes of the Past
#Elegy I, confrontation
#Elegy II, light between the darknees
#Elegy III, agony
#Legend