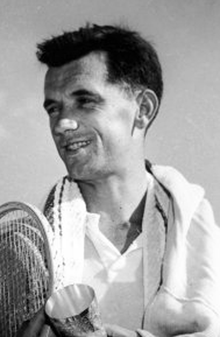 Mervyn Rose (Rosie) can still be seen at most Grand Slam tournaments assisting up and coming tennis players. He was in the world's Top 10 throughout his tennis career and represented Australia in the Davis Cup from 1951 to 1957.