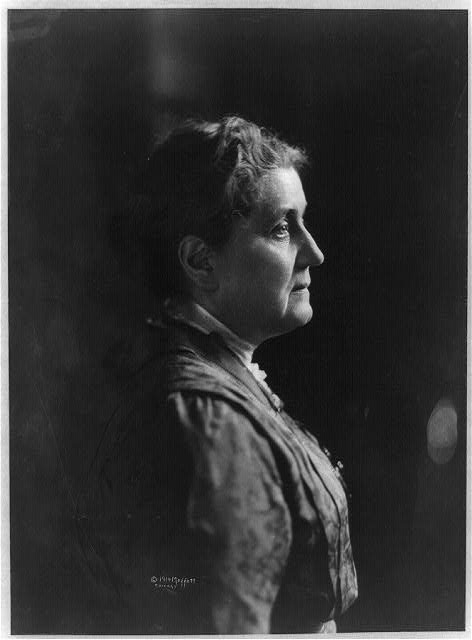 Born in , Jane Addams was the last of twenty-seven children born into a prosperous, loving family.

Jane grew up in comfort but was taught well. Addams' father taught her philanthropy and compassion for other people. He encouraged her to pursue a higher education, but not at the expense of losing her femininity and the prospect of marriage and motherhood, as expected of upper class young women. She was educated in the and , graduating from the Rockford Female Seminary (now ) in . After Rockford, she wanted to pursue a degree in , but her parents felt that she was sufficiently educated and feared for her prospects.

While in , Addams was influenced by an essay, "The Bitter Cry of Outcast London", [Rev Andrew Mearns 1883 http://www.attackingthedevil.co.uk/related/outcast.php] which highlighted conditions.

In 1889 she and her friend, co-founded in , one of the first s in the United States. At its height, Hull House was visited each week by around two thousand people. Its facilities included a night school for adults, classes, clubs for older children, a public kitchen, an , a , a nasium, a girls club, a swimming pool, a book bindery, a , a drama group, a library, and labor-related divisions. She is probably most remembered for her adult night school, a forerunner of the classes offered by many today.

also served as a women's sociological institution. Addams was a friend and colleague to the early members of the , influencing their thought through her work in and, in 1893, co-authoring the "Hull-House Maps and Papers" that came to define the interests and methodologies of the School. She worked with on social reform issues including promoting , ending child labor, and the mediating during the . Although academic sociologists of the time defined her work as "social work", Addams did not consider herself a er. She combined the central concepts of with the theories of and to form her sociological ideas (Deegan, 1988).

Hull House's first resident:Jane describes the Hull House's "first resident" as an older lady who read to listeners from Hawthorne. She reported that she wanted to live in a place where "idealism ran high" (1910, 101). Volunteers seemed plentiful. Ellen read George Eliot's "Romola" to listeners and Jenny Dow, another volunteer, started a kindergarten (1910).

Hull House also offered an employment bureau, an art gallery, libraries, and music and art classes. Among the projects that the members of the Hull House opened were the Immigrants' Protective League, the , the first in the United States, and a Juvenile Psychopathic Clinic. [The "Juvenile Psychopathic Clinic" was later called the "Institute for Juvenile Research", see: cite web| url = http://www.uic.edu/jaddams/hull/ja_bio.html | title = "Jane Addams Hull-House Museum" at the University of Illinois at Chigao| accessdate = 2007-11-24]

Addams helped organize the Women's Peace Party and the International Congress of Women in an effort to avert the . In 1917, after America entered the , she was expelled from the .

In 1920 she was elected first president of the , the successor organization to the Women's Peace Party. She continued in the presidency until her death.

Throughout her life Addams was close to many women and was very good at eliciting the involvement of women from different classes in Hull Houses's programmes. Her closest adult companion and friend was , who nurtured and supported Addams and her work at Hull House, and with whom she owned a summer house in Bar Harbor, Maine.

The exact nature of their relationship has become a controversy after her death, with some historians believing Addams was a and in love with Smith, and others calling their relationship a , saying that while the women loved each other and lived together, that did not necessarily indicate a sexual relationship. [Sarah Holmes, "Who's who in Gay and Lesbian History", London, 2000.]

Jane Addams was a member of the , , and the first vice-president of the National American Woman Suffrage Association in 1911. In 1901 she founded the Juvenile Court Committee which has since become the , a private nonprofit organization in Chicago that protects children from abuse and neglect.She was also actively involved with , the social science honor society, from the 1920s until her death, because of its emphasis on social service and the humanization of the social science disciplines. In 1998 the British Columbia Branch of the commissioned Canadian artist to create a bronze medallion of Jane Addams to celebrate her life and achievements. The medallion has since been collected by several important museums.

The Jane Addams Peace Association, together with the , give the annual to children's books that promote peace, equality, multiculturalism, and peaceful solutions.

A 2007 joint resolution of the , HJR 19 (Currie), would rename the as the "Jane Addams Memorial Tollway".

Jane Addams House is a residence hall built in 1947 at .

is a high school in Cleveland, .

The Jane Addams Trail is a bicycling, hiking, snowmobiling, and cross country skiing trail which stretches from Freeport, Illinois to the Wisconsin state line. It is convert|12.85|mi|km long, and is part of the larger , which is over convert|575|mi|km long. [ [http://www.bikelib.org/git/index.htm Grand Illinois Trail Guide - bikeGIT.org. Hosted by the League of Illinois Bicyclists ] ] The trail is located near her birthplace of Cedarville, Illinois. [ [http://www.janeaddamstrail.com/ Jane Addams Trail – Part of the Grand Illinois Trail ] ]