Deception, beguilement, deceit, bluff, mystification, bad faith, and subterfuge are acts to propagate beliefs that are not true, or not the whole truth (as in half-truths or omission). Deception can involve dissimulation, propaganda, and sleight of hand. It can employ distraction, camouflage or concealment. There is also self-deception as in bad faith.

Deception is a major relational transgression that often leads to feelings of betrayal and distrust between relational partners. Deception violates relational rules and is considered to be a negative violation of expectations. Most people expect friends, relational partners, and even strangers to be truthful most of the time. If people expected most conversations to be untruthful, talking and communicating with others would require distraction and misdirection to acquire reliable information. On a given day, it is likely that most human beings will either deceive or be deceived by another person. A significant amount of deception occurs between romantic and relational partners.[1]

Deception includes several types of communications or omissions that serve to distort or omit the complete truth. Deception itself is intentionally managing verbal and/or nonverbal messages so that the message receiver will believe in a way that the message sender knows is false. Intent is critical with regard to deception. Intent differentiates between deception and an honest mistake. The Interpersonal Deception Theory explores the interrelation between communicative context and sender and receiver cognitions and behaviors in deceptive exchanges.

There are three primary motivations for deceptions in close relationships.

Deception detection between relational partners is extremely difficult, unless a partner tells a blatant or obvious lie or contradicts something the other partner knows to be true. While it is difficult to deceive a partner over a long period of time, deception often occurs in day-to-day conversations between relational partners.[1] Detecting deception is difficult because there are no known completely reliable indicators of deception. Deception, however, places a significant cognitive load on the deceiver. He or she must recall previous statements so that his or her story remains consistent and believable. As a result, deceivers often leak important information both verbally and nonverbally.

Deception and its detection is a complex, fluid, and cognitive process that is based on the context of the message exchange. The Interpersonal Deception Theory posits that interpersonal deception is a dynamic, iterative process of mutual influence between a sender, who manipulates information to depart from the truth, and a receiver, who attempts to establish the validity of the message.[2] A deceiver's actions are interrelated to the message receiver's actions. It is during this exchange that the deceiver will reveal verbal and nonverbal information about deceit.[3] Some research has found that there are some cues that may be correlated with deceptive communication, but scholars frequently disagree about the effectiveness of many of these cues to serve as reliable indicators. Noted deception scholar Aldert Vrij even states that there is no nonverbal behavior that is uniquely associated with deception.[4] As previously stated, a specific behavioral indicator of deception does not exist. There are, however, some nonverbal behaviors that have been found to be correlated with deception. Vrij found that examining a "cluster" of these cues was a significantly more reliable indicator of deception than examining a single cue.[4]

In terms of perceptions about the significance of deceiving a partner, women and men typically differ in their beliefs about deception. Women view deception as a much more profound relational transgression than men. Additionally, women rate lying in general as a less acceptable behavior than men. Finally, women are much more likely to view any act of lying as significant (regardless of the subject matter) and more likely to report negative emotional reactions to lying.[citation needed]

The truth bias significantly impairs the ability of relational partners to detect deception. In term of deception, a truth bias reflects a tendency to judge more messages as truths than lies, independent of their actual veracity.[5] When judging message veracity, the truth bias contributes to an overestimate of the actual number of truths relative to the base rate of actual truths. The truth bias is especially strong within close relationships. People are highly inclined to trust the communications of others and are unlikely to question the relational partner unless faced with a major deviation of behavior that forces a reevaluation. When attempting to detect deceit from a familiar person or relational partner, a large amount of information about the partner is brought to mind. This information essentially overwhelms the receiver's cognitive ability to detect and process any cues to deception. It is somewhat easier to detect deception in strangers, when less information about that person is brought to mind.[6] 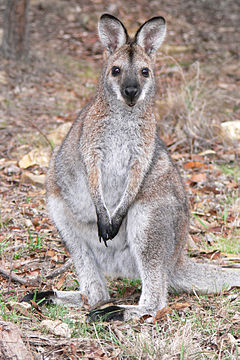 The camouflage of a physical object often works by breaking up the visual boundary of that object. This usually involves colouring the camouflaged object with the same colours as the background against which the object will be hidden. In the realm of deceptive half-truths camouflage is realized by 'hiding' some of the truths.

A disguise is an appearance to create the impression of being somebody or something else; for a well-known person this is also called incognito.

In a more abstract sense, 'disguise' may refer to the act of disguising the nature of a particular proposal in order to hide an unpopular motivation or effect associated with that proposal. This is a form of political spin or propaganda. See also: rationalisation and transfer within the techniques of propaganda generation.

In the biological world, mimicry involves unconscious deception by similarity to another organism, or to a natural object. Animals for example may deceive predators or prey by visual, auditory or other means.

To make something that in reality is not what it appears to be. For example, in World War II, it was common for the Allies to use hollow tanks made out of cardboard to fool German reconnaissance planes into thinking a large armor unit was on the move in one area while the real tanks were well hidden and on the move in a location far from the fabricated "dummy" tanks.

To get someone's attention from the truth by offering bait or something else more tempting to divert attention away from the object being concealed. For example, a security company publicly announces that it will ship a large gold shipment down one route, while in reality take a different route.

Some methodologies in social research, especially in psychology involve deception. The researchers purposely mislead or misinform the participants about the true nature of the experiment.

In an experiment conducted by Stanley Milgram in 1963 the researchers told participants that they would be participating in a scientific study of memory and learning. In reality the study looked at the participants' willingness to obey commands, even when that involved inflicting pain upon another person. After the study, the subjects were informed of the true nature of the study, and steps were taken in order to ensure that the subjects left in a state of well being.[7]

Use of deception raises many problems of research ethics and it is strictly regulated by professional bodies such as the American Psychological Association.

Psychological research often needs to deceive the subjects as to its actual purpose. The rationale for such deception is that humans are sensitive to how they appear to others (and to themselves) and this self-consciousness might interfere with or distort from how they actually behave outside of a research context (where they would not feel they were being scrutinized). For example, if a psychologist is interested in learning the conditions under which students cheat on tests, directly asking them, "how often do you cheat?," might result in a high percent of "socially desirable" answers and the researcher would in any case be unable to verify the accuracy of these responses. In general, then, when it is unfeasible or naive to simply ask people directly why or how often they do what they do, researchers turn to the use of deception to distract their participants from the true behavior of interest. So, for example, in a study of cheating, the participants may be told that the study has to do with how intuitive they are and during the process they might be given the opportunity to look at (secretly, they think) another participant's [presumably highly intuitively correct] answers before handing in their own. At the conclusion of this or any research involving deception, all participants must be told of the true nature of the study and why deception was necessary (this is called debriefing). Moreover, it is customary to offer to provide a summary of the results to all participants at the conclusion of the research.

Though commonly used and allowed by the ethical guidelines of the American Psychological Association, APA.org[dead link] there has been debate about whether or not the use of deception should be permitted in psychological research experiments.

Those against deception object to the ethical and methodological issues involved in its use. Dresser (1981) notes that, ethically, researchers are only to use subjects in an experiment after the subject has given informed consent. However, because of its very nature, a researcher conducting a deception experiment cannot reveal its true purpose to the subject, thereby making any consent given by a subject misinformed (p. 3). Baumrind (1964), criticizing the use of deception in the Milgram (1963) obedience experiment, argues that deception experiments inappropriately take advantage of the implicit trust and obedience given by the subject when the subject volunteers to participate (p. 421).

From a practical perspective, there are also methodological objections to deception. Ortmann and Hertwig (1998) note that “deception can strongly affect the reputation of individual labs and the profession, thus contaminating the participant pool” (p. 806). If the subjects in the experiment are suspicious of the researcher, they are unlikely to behave as they normally would, and the researcher’s control of the experiment is then compromised (p. 807).

Those who do not object to the use of deception note that there is always a constant struggle in balancing “the need for conducting research that may solve social problems and the necessity for preserving the dignity and rights of the research participant” (Christensen, 1988, p. 670). They also note that, in some cases, using deception is the only way to obtain certain kinds of information, and that prohibiting all deception in research would “have the egregious consequence of preventing researchers from carrying out a wide range of important studies” (Kimmel, 1998, p. 805).

Additionally, findings suggest that deception is not harmful to subjects. Christensen’s (1988) review of the literature found “that research participants do not perceive that they are harmed and do not seem to mind being misled” (p. 668). Furthermore, those participating in experiments involving deception “reported having enjoyed the experience more and perceived more educational benefit” than those who participated in non-deceptive experiments (p. 668).

Lastly, it has also been suggested that an unpleasant treatment used in a deception study or the unpleasant implications of the outcome of a deception study may be the underlying reason that a study using deception is perceived as unethical in nature, rather than the actual deception itself (Broder, 1998, p. 806; Christensen, 1988, p. 671).

Deception is a recurring theme in modern philosophy. In 1641 Descartes published his meditations, in which he introduced the notion of the Deus deceptor, a posited being capable of deceiving the thinking ego about reality. The notion was used as part of his methodological doubt, wherein one decides to doubt everything there is to doubt. The Deus deceptor is a mainstay of so-called skeptical arguments, which purport to put into question our knowledge of reality. The punch of the argument is that all we know might be wrong, since we might be deceived. Stanley Cavell has argued that all skepticism has its root in this fear of deception.