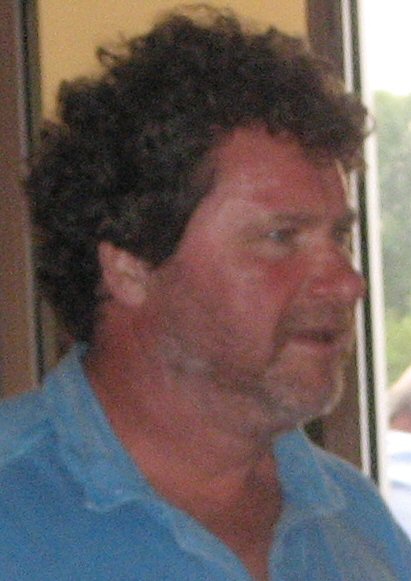 He studied at and , from which he received a third class degree. He became a member of the Cambridge . He is best known for his appearances as a panel member on the BBC comedy sports quiz "They Think It's All Over". He was also a cast member of the British comedy series "Who Dares Wins" and "". He was presenter of the series "Rory's Commercial Breakdown", where humorous adverts were shown from different countries. In 1990, he hosted the game show "Trivial Pursuit" on .

He was cofounder, with and , of the independent British TV production company . However he left the company in 1992.

He has written jokes for many comedians including . One of his early writing projects was "" with for in 1978.

McGrath supports Arsenal. He and (a Tottenham supporter) used to have a friendly rivalry over their respective clubs. On the night that Cook died, Tottenham had beaten Arsenal. McGrath found out about his friend's death by the fact that he hadn't received the traditional abusive phonecall the next morning.McGrath has made 2 football DVDs titled: "Own Goals and Gaffs - The Premiership" in 2002 and "More Own Goals and Gaffs" in 2003.

His appearance on the quiz show "" made him one of the highest-scoring contestants, particularly due to his seemingly endless knowledge of s and the Latin names of birds, although this knowledge left him open to severe mocking from the other guests. ( jokingly informed him that the show "was not an autistic quiz".)

Rory was one of the "" in the 2005 reinterpretation of the travelogue by along with fellow rowers and . He also starred in the sequel, "Three Men in Another Boat", shown on BBC television in January 2008.

Rory has written many songs over the years and intends recording an album in the near future. To mark 40 years since 1967, the psychedelic summer of love, he decided to write a nostalgic ditty in remembrance of those strange days: "Where have all the Hippies Gone?" [ [http://www.youtube.com/watch?v=bFTa5g4M-4k#GU5U2spHI_4 Rory McGrath - Where Have All The Hippies Gone] ] .

His first book, "Bearded Tit - Confessions of a Birdwatcher", was published by Ebury Press on 1 May 2008 and was serialised by BBC Radio 4.

First airing in August 2008, McGrath co-starred in a new television series along with British comedian Paddy McGuinness, broadcast on Channel Five, "". This is a four-part series in which Paddy and Rory embark on a nationwide road-trip, “on a mission to explore Britain’s sporting heritage by probing the hidden life of its towns and villages”. The series focuses on arcane sports such as cheese rolling, toe wrestling and swamp soccer.