CoorsTek, Inc. is a privately owned manufacturer of technical ceramics, semiconductor tooling, plastic tubing, medical devices and other industrial products. CoorsTek’s headquarters and primary factories are located in Golden, Colorado, USA, near the foothills west of Denver. The company is owned by a trust of the Coors family. The president and chairman is John K. Coors[1], a great-grandson of founder and brewing magnate Adolph Coors I.

Rhineland-born Adolph Coors (1847–1929) opened the Colorado Glass Works in 1887 to manufacture beer bottles for his brewery, the Adolph Coors Brewing Company, west of Denver. In 1888, the glass works, incorporated as Coors, Binder & Co., was idled by a strike and never re-opened.[2] The Glass Works was leased to German-born John Herold in 1910, who incorporated the Herold China and Pottery Company on the site at 600 Ninth St in Golden.[3] Herold used clay from nearby mines to make dinnerware and heat-resistant porcelain ovenware under the trademark Herold Fireproof China. The now-abandoned clay pits form the western boundary of the Colorado School of Mines (CSM) campus. Adolph Coors became the majority stockholder and was elected to the board of directors of Herold China in 1912. John Herold resigned, and Adolph Coors Company acquired Herold China in 1914. Herold returned in 1914 to manage the plant, but left permanently in 1915. CSM evaluated Fireproof China for industrial applications in 1914, and found it suitable.[2] The company began producing chemical porcelain in 1915 as a result of a World War I embargo on German imports. Adolph Coors’ second son, Herman F. Coors, was named manager in 1916. Herold China was renamed Coors Porcelain Company in 1920, and the trademark “Coors U.S.A.” was first used. [4]

Rosebud china and Prohibition after WW1

After World War I, Coors Porcelain made fine china and cookware bearing the trademarks Rosebud, Glencoe Thermo-Porcelain, Coorado, Mello-Tone and others.[2] During Prohibition, the ceramic business was largely what kept the parent company afloat. The original factory site at 600 Ninth St in Golden was the only Coors Porcelain facility until the 1970s, and remained the company headquarters until a new facility was built northeast of Golden in the early 1990s. The 440,000 sq ft (41,000 m2) Ninth St plant consists of several adjoining buildings that occupy four square blocks, and is still CoorsTek’s largest manufacturing site. Herman Coors managed the company in the early days. Herman’s younger brother, Grover C. Coors, began the fledgling company’s foray into ceramic technology by inventing a tool for forming spark plug insulation in 1919.[5] Herman left in 1925 to start the H.F. Coors China Company, a manufacturer of dishes for restaurants and institutional use, in Inglewood, CA. The H.F. Coors Pottery's trademarks include Coorsite, Alox and Chefsware.[2]

In the 1950s, Coors Porcelain’s parent company investigated the possibility of replacing steel beverage cans with aluminum ones, as part of a closed-loop recycling system. The effort was the brainchild of W.K. “Bill” Coors, the second son of Adolph II. [6] A Porcelain warehouse at the corner of Ninth St and Washington Ave in Golden was selected to house the pilot plant for the aluminum can line. [7] The first aluminum beer can was produced at the site in January, 1959. B.L. “Bob” Mornin, a ceramic engineer at Coors Porcelain since 1954, was appointed manager of can production in 1963, and led it to profitability. [8] The can operation eventually outgrew the Porcelain building and moved into its present location east of the brewery in 1966. [8] Coors Brewing Company reorganized its can operations into a joint venture with the Ball Corp. in 2002, known as Rocky Mountain Metal Container LLC. CoorsTek began developing ceramic tooling for beverage can machinery in the 1990s.

On January 22, 2009, the original Coors can plant was named an ASM Historical Landmark by the Board of Trustees of ASM International, for its role in ushering in the age of recyclable aluminum beverage containers.[9] The date marked the 50th anniversary of Coors' first aluminum can. The building is on the southwest corner of the CoorsTek complex at 600 Ninth St in Golden.

The company gradually diversified its lines of technical ceramics before and especially after World War II. Coors greatly expanded its product lines, reduced scrap and accelerated production with the aid of cold isostatic pressing in the 1940s, tape casting and hot isostatic pressing in the 1950s, and multilayer ceramic capacitors in the 1960s. High-alumina (85 to 99.9% Al2O3) ceramics replaced porcelain in many thermomechanical, electrical and chemical applications. Coors engineers Vlad Wolkodoff[10] and Bob Weaver invented fully dense, glass-free 99.5+% Al2O3 ceramics in 1964, useful for many applications where porcelain is deficient.[11] Growth in the 1970s enabled Coors to build an electronic ceramics plant east of Golden in 1970, and its first facility outside of Golden, an electronic substrate plant in Grand Junction, CO, in 1975.[12] Coors made its first purchase of a competitor when it bought Wilbanks International Inc. (originally Far West Industrial Ceramics) of Hillsboro, OR, in 1973.[13] Another competitor, Alumina Ceramics Inc. of Benton, AR, was acquired in 1976.[14] Coors began making silicon carbide, silicon nitride, spinel, zirconia and several other ceramic products by the mid-1980s. 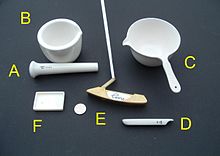 Coors Porcelain was renamed Coors Ceramics Company in 1986, shortly after Joseph Coors, Jr. (1942- ), succeeded R. Derald Whiting as president.[18] At that point, porcelain was only a small part of the 12-plant, 2200-employee company's output. High-alumina ceramics were and still are the company's bread and butter. Joe Jr., a mathematician and quality engineer, had been at Wilbanks 1973-84 and was its president 1980-84, and the vice-president for quality at Coors Porcelain 1984-5 prior to his promotion.[19]

Janet Coors, widow of Herman Coors, endowed the Colorado Center for Advanced Ceramics (CCAC) at the Colorado School of Mines in 1988 with $2 million, and established the H.F. Coors Distinguished Professor of Ceramic Engineering chair.[20] Coors executive David G. Wirth, Jr., was appointed as the first director of CCAC. Dennis W. Readey left the Ohio State University to become the first Coors Professor and succeeded Wirth as director of CCAC.[21] Readey, a Fellow of the American Ceramic Society (ACerS), served as president of ACerS in 1991-2, and was named a Distinguished Life Member of ACerS in 2002.[22] Upon his retirement, Readey was succeeded as Coors Professor by Nigel Sammes, and as director of CCAC by Ivar Reimanis. W. Grover Coors, a brother of CoorsTek president John Coors, earned his Ph.D. at CSM and has been a research professor in CCAC.[23] John Coors earned his B.Sc. in chemical engineering at CSM in 1977.

Adolph Coors Company became a holding company in 1989, with Coors Brewing Company as its largest subsidiary. The non-brewing subsidiaries were spun off at the end of 1992 under a new holding company, ACX Technologies, Inc., with Bill Coors as chairman of both holding companies.[16] The key subsidiaries of ACX were Coors Ceramics Co.; Graphic Packaging Corporation, with Joe Jr.’s younger brother J.H. “Jeff” Coors as chairman and president; Golden Technologies Company (GTC), a collection of R&D projects headed by a former Wilbanks executive; and Golden Aluminum Company, with Joe Jr. as its interim president.[24] Most of the ceramics-related GTC projects were folded into Coors Ceramics, while others were sold to investors or shut down with the demise of GTC in the late 1990s. Golden Aluminum was sold to Alcoa in 1997, and is now an independent remelter and rolling mill in Fort Lupton, CO. Graphic Pkg merged with Riverwood International Corp. in 2003 and moved its headquarters to Marietta, GA, but still has a plant in Golden and supplies paperboard packaging for Coors beer. ACX and Adolph Coors Co. had many common stockholders including the Coors family, but were otherwise entirely independent of one another. Coors Ceramics Co. was no longer affiliated with the Coors brewery. Coors Ceramics' headquarters moved from 600 Ninth St in Golden proper to a new building at 16000 Table Mountain Pkwy in an unincorporated area northeast of Golden.[25]

In 2000, ACX was dissolved and Coors Ceramics became an independent, publicly traded company under the name of CoorsTek, Inc.[27] CoorsTek was traded on the NASDAQ under the symbol CRTK. Joe Jr. retired as chairman and president of CoorsTek in 2000, and was succeeded by his younger brother John.[28] Keystone Holdings LLC, a trust of the Coors family, bought the stock it did not already own, and took the company private once again in 2003.[29]

CoorsTek signed an agreement in June 2010 to buy the Advanced Ceramics division of the French conglomerate Saint-Gobain.[30],[31] The Saint-Gobain division employed 1200 workers worldwide, and 500 at six North American sites, at the time. CoorsTek gained ownership of several longtime competing brands, such as Cerbec Si3N4 bearings, Hexoloy SiC products, Solcera and Cerastat. The transaction was completed in January 2011, with CoorsTek assuming ownership of six plants in Europe; four in the USA; one each in Canada, Mexico and Brazil; and sales offices in Japan, China, Taiwan and Singapore. The acquisition gave CoorsTek a total of 44 facilities on four continents, and increased capabilities in SiC, Si3N4, mullite and steatite.[32]