Jan Steckel, M.D. is a San Francisco Bay Area-based writer of poetry, fiction and creative nonfiction, who is also known as an activist in the GLBT community and an advocate on behalf of the disabled and the underprivileged. 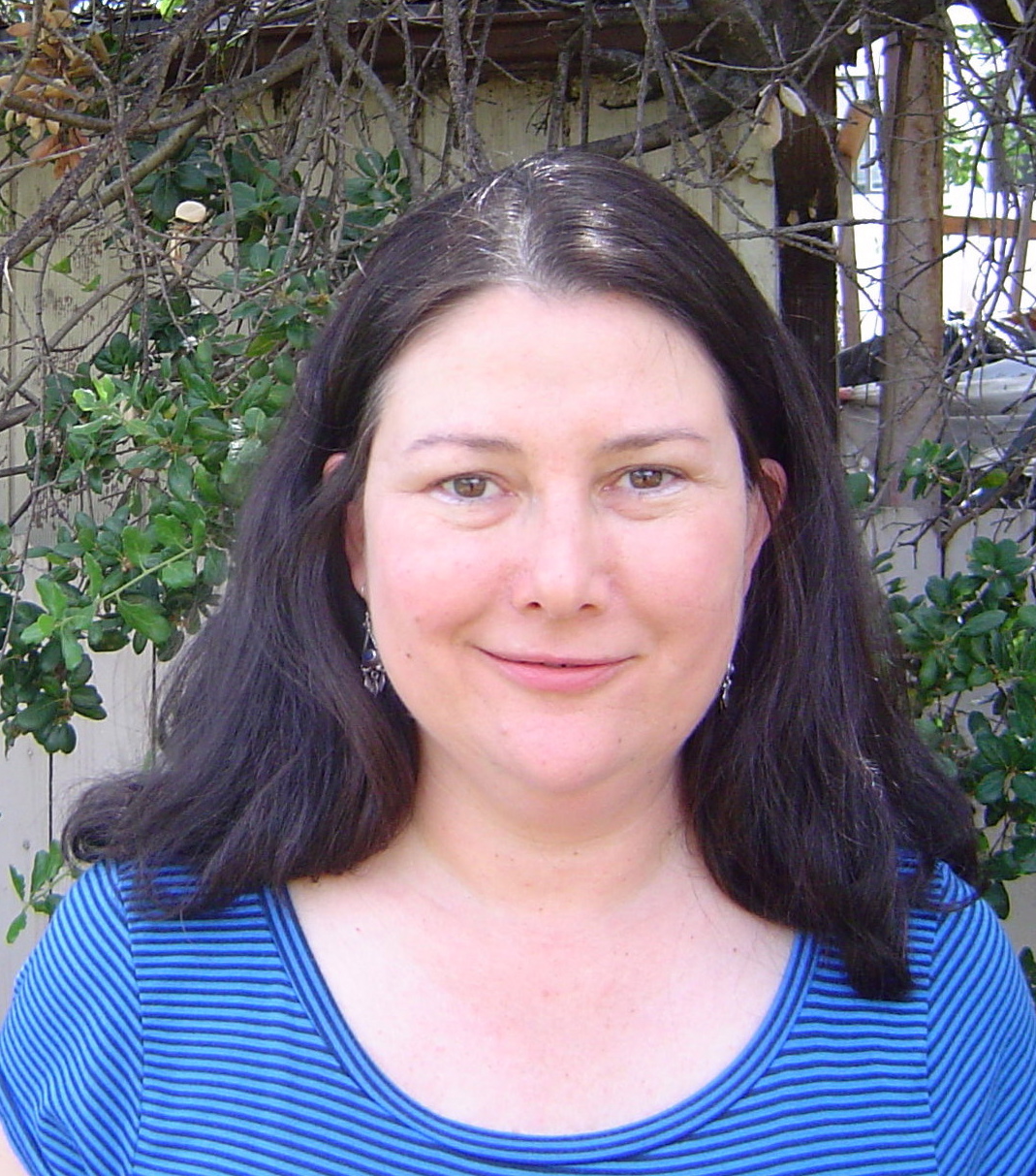 One of the most prolific writers/poets today, Steckel has published over a hundred of her short stories, poems and nonfiction pieces in print and in online publications such as "Scholastic Magazine", "Yale Medicine", "Red Rock Review", "So to Speak", and "Redwood Coast Review." Beyond the prodigious numbers of awards she has received, her work has has been widely reprinted and anthologized. Steckel's writing has been nominated twice for Pushcart Prizes: once for her nonfiction, and once for her poetry.

A strong bilingual background (Steckel is fluent in Spanish as well as English), extensive medical training, and work in underserved communities allow Steckel to tackle subjects that other writers (particularly those from middle-class backgrounds) aren't alwasy able to cover adequately, and her work in different media (poetry, short stories, creative nonfiction) facilitates a great deal of creative cross-pollination.

Her poetry chapbook "The Underwater Hospital" is available from Zeitgeist Press. She is currently working on a book-length collection of interrelated short stories and on a collection of short humorous first-person essays. Most of the stories and essays have already appeared in print.

She is also a founding member of [http://woman-stirred.blogspot.com Woman-Stirred] , a queer women's writing collective, along with Nicki Hastie, Julie R. Enszer, and Merry Gangemi.

Steckel's awards, too numerous to mention here, include:

Steckel's undergraduate work was at Harvard-Radcliffe University, where she earned her B.A. summa cum laude in English Literature with an emphasis on creative writing in 1983. Later she studied Golden Age Spanish Literature at Oxford University on a Henry Fellowship through 1984. In 1989 she either fell in with the wrong crowd or started listening to her parents (depending upon whose version of the story one listens to) and took a few premedical courses while conducting research in the neuroscience laboratory. One thing led to another, and Steckel attended Yale University School of Medicine, where she picked up her M.D. in May of 1994. Steckel's speciality was in pediatrics, in which she completed her residency at Boston Children's Hospital in July 1997.

Steckel served for a time in the Peace Corps as a volunteer in the Dominican Republic; upon her return to the States, she cared for Spanish-speaking families in California at a county hospital and at a large HMO. After she left medicine permanently in 2001, her experiences as a pediatrician continued to inform her work.

Steckel grew up in Santa Monica, where she attended Lincoln Junior High School (now ), studying journalism under [http://caroljago.com/| Carol Jago] . She went to , where she once confided that she enjoyed a "love/hate" relationship with the world of mathematics--a sentiment that might have been prescient of her later toggling between science/medicine and the world of letters.

In high school Steckel was known for her vocal range, and sang briefly with a band, Industrial Waist--which brought her on for live performances of Grace Slick's part in Jefferson Airplane's "Somebody to Love." Her associates during her high school and college years included the Westsiders in Los Angeles who called themselves the "Olive Starlight Orchestra" (but had nothing to do with music; it was just a social circle, like the ).

Steckel lives in Northern California with her husband Hew Wolff, who has collaborated on some of her poetry.

* "Why I Hate The Secret Garden" in "Triplopia", Vol. 6, Issue 3, October 2007;
* "Girl Lessons" in the online publication "biMagazine", May 2007;
* "How to Have Great Sex When Your Back Hurts" in the "Good Vibes Online Magazine" (GV Weekly), February 7, 2007;
* "Getting Slammed" online in "SoMa Literary Review", July 2006. Reprinted in The Fence, Issue 8, Summer 2007;
* "Poetry Performance Pizzazz: Marvin R. Hiemstra at the Lakeview Branch Library" in the "Bay Area Poets Seasonal Review", Fall 2006;
* "Getting It Rote: a Poetry Performance Practicum" in the "Bay Area Poets Seasonal Review", Summer 2005. Reprinted online in Woman-Stirred, September 24, 2005;
* Interview with writer Pam Rosenthal in "Affaire de Coeur", March/April 2005;
* "Talking Dogs and Raccoon Penises" in the 5-year anniversary issue of the online journal "Margin: Exploring Modern Magical Realism", February 2005;
* "The Wild Boar Baby" in "So to Speak", Vol. 14, No. 1, Winter/Spring 2005. Reprinted on the S"o to Speak" website when nominated for a Pushcart Prize, December 2005;
* "Stories Changing the World" in "View*Point: Ideas for Our Imagination, WoW!", Issue 73, December 2004;
* "Should You Tell Your Doctor You're Bi?" in the online publication "biMagazine", September 2004 (Reprinted by the Bisexual Foundation, November 2004);
* "I Just Do This to Seduce Gay Men" in the online publication "biMagazine", June 2004 (originally appeared in "Anything That Moves", No. 17, Summer 1998; also appeared in "Queer Ramblings" print zine, November 2004).
* "Women Who Have Sex with Canadians" in the online publication "biMagazine", June 2004 (reprinted in "The Fence" print zine, Issue #4, August 2004; reprinted in "Queer Ramblings" print zine, Issue #4 November 2004; to be reprinted in "The Bottom Line Magazine", September 2005).
* "Voyage to Planet California" in "Bi Women", Vol. 15 No. 2, April/May 1997 (reprinted in the online journal "Awakened Woman", February 5, 2004);
* "The Love of Singing That Dare Not Speak Its Name" in KP Pride Voices, Fall 1999;
* "Hands-On Experience" in "Hospital Physician", December 1998 (this story was used as a teaching example in the undergraduate course "Introduction to Rhetoric, Language and Culture" at the University of Hartford in the fall of 2002).
* "Telegram from Another Planet" and "Family Medicine" in the anthology "Becoming Doctors", edited by Parminder Bolina, Student Doctors Press, 1995;
* "Adonais Opted Out" in "Diverticulum", Spring 1994;
* "Drowning in the Gene Pool" in Diverticulum, Spring 1991;
* "Superman Swims the Sound" in "Gringo Grita", September/October 1986.