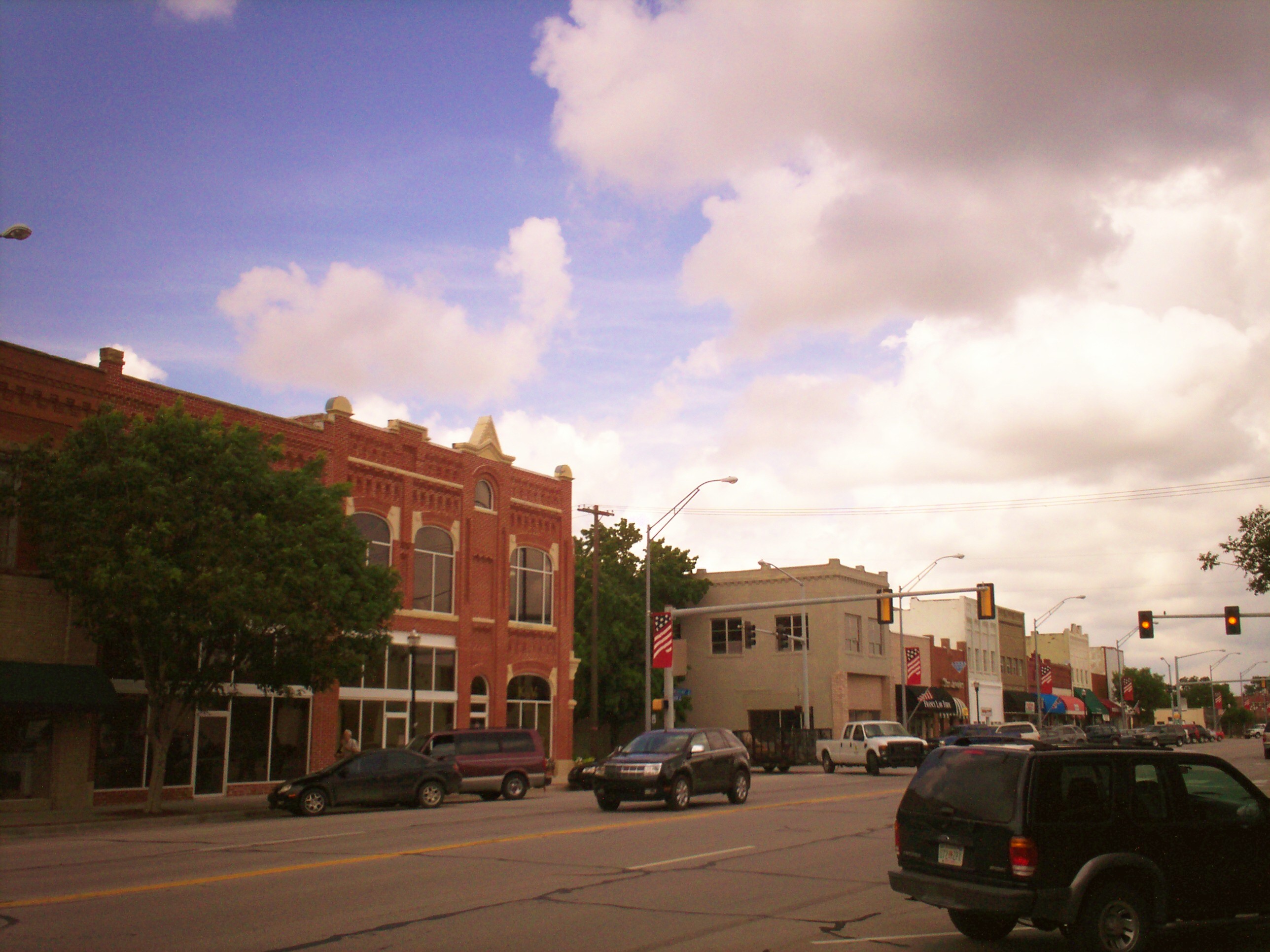 Broken Arrow is a city located in the northeastern part of the of , primarily in Tulsa County with an extension into western Wagoner County. It is the largest suburb of Tulsa and the 5th largest city in the state. The 2007 census estimate showed a population just over 90,000. It is estimated that the population will exceed 100,000 at the 2010 census.

There were 30,154 households out of which 45.5% had children under the age of 18 living with them, 68.0% were married couples living together, 9.7% had a female householder with no husband present, and 19.1% were non-families. 15.7% of all households were made up of individuals and 4.7% had someone living alone who was 65 years of age or older. The average household size was 2.84 and the average family size was 3.18.

community in Alabama. When they moved to Oklahoma on the Trail of Tears, they started a new community named after the original settlement in Alabama. The town's Creek name was Rekackv (pronounced thlee-Kawtch-kuh), meaning broken arrow. This new settlement was located several miles south of present-day downtown Broken Arrow.

Decades later, the Missouri, Kansas and Texas Railway company built a railroad which ran through the area. MKT was granted town site privileges along the route. They sold three of the as-yet-unnamed sites in 1902 to the Arkansas Valley Town Site company. William. S. Fears, secretary of the company, was allowed to choose and name one of the locations. He selected a site about 18 miles southeast of Tulsa and about five miles north of the thlee-Kawtch-kuh settlement and named the new town site Broken Arrow, after the former Indian settlement. The MKT railroad, which ran through the middle of the city, still exists today and is now owned by which currently uses it for freight.

For the first decades of Broken Arrow's history, the town was based mainly on agriculture. The coal industry was also important in BA, as there were several strip coal mines near the city during parts of the early 20th century. The city's newspaper, the Broken Arrow Ledger, started within a couple of years after the city's founding. BA's first school was built in 1904. The city did not grow much during the first half of the 1900s. During this time Broken Arrow's main commercial center was along Main Street. Most of the city's churches were also located on or near Main Street as well.

In the 1960s, Broken Arrow began to grow from a small town into a suburban city. The Broken Arrow Expressway (Highway 51) was constructed in the mid-1960s and connected the city with downtown Tulsa, fueling growth in Broken Arrow. The population swelled from a little above 11,000 in 1970 to more than 50,000 in 1990, and then more than 74,000 by the year 2000. During this time, the city was more of a bedroom community. In recent years, city leaders have pushed for more economic development to help keep more Broken Arrowans shopping and dining in town rather than going to other cities.

Broken Arrow is home to a wide range of businesses and industries. The city has the 3rd largest concentration of industries in the state.

A number of new commercial developments are being built throughout the city, most notably along Highway 51 which runs through the city. A opened several years ago as the anchor to a development that includes hotels, restaurants, shopping, and eventually offices. A new full-service hospital and medical office building are being constructed nearby as an anchor to another large commercial development that will include retail space and two hotels.

In late 2007, the BA Chamber of Commerce began "Advance Broken Arrow", an economic development campaign aimed at expanding and diversifying the city's economic base.

In 2005, the city adopted a downtown revitalization master plan to help revive the city's historic downtown area. Some of the plans include a new 3-story museum to house the historical society and geniologocial society, a farmer's market and plaza, a new performing arts center, updates and expansions to area parks, the conversion of the historic Central Middle School on Main Street into a professional development center, infrastructure and landscape improvements, and incentives to encourage denser infill, redevelopment, and reuse of the area's historic structures. Numerous buildings and homes have since been renovated, many new shops and offices have moved to downtown, and new townhomes are being built. The new historical museum, farmers market, and performing arts center will all open in 2008.

The city also set strict new design standards in place that all new developments in the downtown area must adhere to. These standards were created to prevent "suburban" development in favor of denser, "urban" development and to ensure that new structures compliment and fit in with the historic buildings in downtown.

Tulsa Transit provides public transportation for the city with one bus running Monday through Friday.

Broken Arrow has one newspaper, the Broken Arrow Ledger. The paper is published every Wednesday and Saturday.

Broken Arrow has a website that provides a large amount of information on the city, it's government, local amenities, safety, local news, and economic development.

There is also a website for the Chamber of Commerce that contains information about the chamber and economic development in the city.