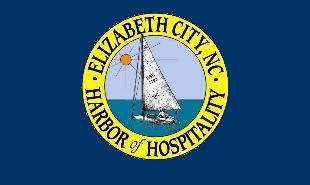 Elizabeth City is a in Pasquotank and Camden counties in the of . The population was 17,188 at the 2000 census. It is the of Pasquotank CountyGR|6 and the principal city of the Elizabeth City Micropolitan Statistical Area.

Elizabeth City was founded as the town of Redding in 1793 on land acquired from Adam and Elizabeth Tooley. In 1794 the town was renamed Elizabeth, and in 1801 Elizabeth City. The name change has been variously attributed to honor either Queen , who 200 years earlier spearheaded the colonization of the Carolina and Virginia coasts, or Elizabeth "Betsy" Tooley. Elizabeth City is located in North Carolina's region, and is nicknamed the "Harbor of Hospitality"TM.

The city is located alongside the , which connects to the and is part of the . Directly across the river lies Camden County. The city's semi-coastal geography has played an important role in its history -- Elizabeth City once hosted thriving oyster and timber industries. Elizabeth City is also the largest city in north-eastern North Carolina

Elizabeth City is home to , a constituent member of the . The university encompasses a moderate area within city limits and houses more than 2,900 students.

-The Virginia Dare Arcade, many antebellum style homes, The Museum of the Albemarle

, the largest Air Station on the East Coast, is located directly south of Elizabeth City's city limits. Recently incorporated into the , the base provides a host of local jobs and maintains an influx of Coast Guard employees from all around the country.

The USCG Air Station and the ATTC in Elizabeth City, NC was also featured in numerous scenes of the 2006 Disney movie "The Guardian", although the base was made to look like Kodiak, Alaska in keeping with the films script.

Elizabeth City is also home to one of the United States' few airship factories [http://www.tcomlp.com/facilities.html] . Many of the nation's commercial blimps are made and serviced here. The current airship station evolved from what was previously a airstation.

There were 6,577 households out of which 32.3% had children under the age of 18 living with them, 36.7% were married couples living together, 23.1% had a female householder with no husband present, and 36.3% were non-families. 31.7% of all households were made up of individuals and 14.5% had someone living alone who was 65 years of age or older. The average household size was 2.39 and the average family size was 3.01.

*Nine-ball legend was born in Elizabeth City, and developed much of his skill at pool in the City Billiards pool hall there during the .
* had traveled into and was stranded in the nearby , but was saved by some passersby, who brought him to stay in Elizabeth City for a few weeks.
*A woman named Nell Cropsey is renowned as the subject of Elizabeth City's relatively well-known murder mystery. The story of her unresolved disappearance has been chronicled by Bland Simpson, an author and historian who is a professor at the . The annual "Ghost Walk" in Elizabeth City commemorates the legend, alongside other local tales, with re-enactments performed by local raconteurs.
*The sometimes used Elizabeth City as a stopover to the Outer Banks to gather supplies and catch a boat. They stayed in the old Southern Hotel, which is no longer operational as a hotel.
*In 2006, filming for a scene of the Kevin Costner & Ashton Kutcher movie took place at the USCG base. Many of the employees at the base were used as extras.
*Judge was born in Elizabeth City