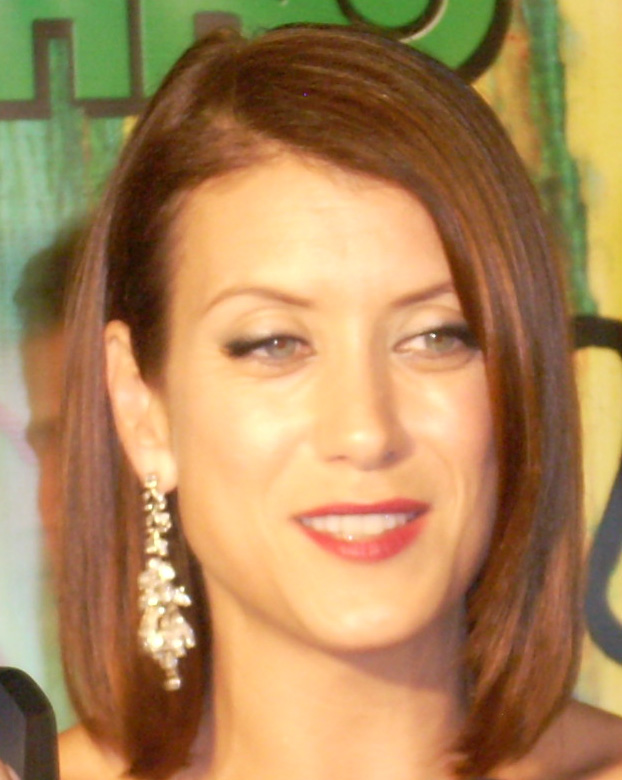 Kathleen Erin Walsh (born , ) is an American and actress, currently known for her role as Dr. Addison Montgomery on the ABC dramas "" and "".

Walsh was born in and grew up in . According to a commercial interview that Kate Walsh did for Cadillac, Walsh explains that her father is an Irish immigrant and her maternal grandfather was . [http://www.mycadillacstory.com; copyright 2007 General Motors Corporation.] Her mother Angela lives in and Kate has four older siblings. Walsh studied at for a while where she got involved in regional theatre. She now lives in .

Walsh was a model in Japan during the 1980s. When Walsh moved to , she began working with the . She performed on in the production of the radio play "Born Guilty". Walsh subsequently moved to and joined the comedy troupe Burn Manhattan on , performing in a number of plays.

After playing Cathy Buxton in the "Stakeout" episode of ' in 1996, her first major television appearance was in 1997, when she appeared on "" as Carey's character's girlfriend Nicki. She wore a in some episodes of the show, as the Nicki character was a formerly obese woman who lost weight & slowly started to gain it back. She went on to portray Carol Nelson in HBO's "" television series, and played Norm Macdonald's romantic interest in the "The Norm Show". Walsh also made a notable guest appearance on ' as Mimosa, a . She sometimes appeared in sketches on "". She had a recurring role on "" as Detective Marley Novak in 2003 and 2004.

It was announced in February 2007 that Walsh's "Grey's Anatomy" character Addison would be in a spin-off of "" that began airing in September 2007. , , , and have been cast in the spin-off, which has been given the name "". [ [http://www.wsbtv.com/news/11174317/detail.html?rss=atl&psp=entertainment "Grey's Anatomy" Spin-Off Planned, Dr. Addison Shepherd to Leave Seattle Grace] , "WSBTV.com", , ]

Beginning in September 2007, Walsh has appeared in television commercials for the 2008 and is the current spokeswoman for Caress's Exotic Oil Infusions body wash. [http://www.caressfairytales.com/]

The crime drama "Normal Life" marked her film debut; she played the sister of a bank robber played by . She portrayed a c in the film "Peppermills". Walsh also appeared in the cult movie, "Henry: Portrait of a Serial Killer, Part 2". She had her first significant role in a major Hollywood production as 's wife in the family comedy, "", alongside and . Walsh has also appeared in several other films with Ferrell, including "Bewitched" and an "alternate film" to ' titled, '.

In 2003, Walsh appeared in "", with and . She played the partner of co-star Sandra Oh's character.

Walsh was also set to star across and in the supernatural thriller 1408, but she had to drop out due to scheduling conflicts. [http://www.variety.com/article/VR1117948401.html; by Ian Mohr.]

Walsh is set to be starring alongside and in the biblical horror film Legion, due out 2010. [http://www.variety.com/article/VR1117983055.html; by Michael Fleming.]

Walsh is married to Alex Young, a production co-president at . [ [http://www.people.com/people/article/0,,20039025,00.html Kate Walsh Engaged -- by Jeffrey Slonim for ] ] On , , Walsh and Young were married in the Ojai Presbyterian Church in , north of Los Angeles.

Since the summer of 2007, Walsh has been the for Narcolepsy Network, working to promote national awareness of through and DVDs.

In January 2008, Walsh participated in a video for Democratic presidential candidate called, "", produced by of the . [http://www.youtube.com/watch?v=jjXyqcx-mYY] She also campaigned for Obama in Arizona, Texas, Nevada, and Pennsylvania. [Walsh discussed this in an appearance on " (, )]

On September 18, 2008, Walsh was elected to serve on the (SAG) National Board for a three year term. Walsh ran as a candidate with the party who won 6 of the 11 Hollywood Division seats which were up for contention in the recent (SAG) National Board elections. [http://www.variety.com/article/VR1117992472.html?categoryid=13&cs=1&nid=2563]