Mankato is a city in Blue Earth, Nicollet, and Le Sueur counties in the U.S. state of Minnesota. The population was 39,309 at the 2010 census[1], making it the fourth largest city in Minnesota outside of the Minneapolis-St. Paul metropolitan area. The county seat of Blue Earth County,[4] it is located along a large bend of the Minnesota River at its confluence with the Blue Earth River. Mankato is across the Minnesota River from North Mankato. Mankato and North Mankato have a combined population of nearly 53,000, according to the 2010 census.[2] It completely encompasses the town of Skyline. North of Mankato Regional Airport, a tiny non-contiguous part of the city lies within Le Sueur County.

Mankato is the larger of the two principal cities of the Mankato-North Mankato metropolitan area, which covers Blue Earth and Nicollet counties[5] and had a combined population of 94,149 at the 2010 census. Mankato was designated a Metropolitan Statistical Area by the U.S. Census Bureau in November 2008.[6]

U.S. Routes 14 and 169 and Minnesota State Highways 22 and 60 are four of the main arterial routes in the city.

The area was long settled by various cultures of indigenous peoples. After European colonization began on the East Coast, pressure from settlement and other Native American tribes caused different peoples to migrate into the area. By the mid-nineteenth century Lakota-speaking Dakota Sioux bands were the primary Native Americans in the territory. 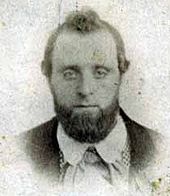 Mankato Township was not settled by European Americans until Parsons King Johnson in February 1852, as part of the nineteenth century migration of people from the east across the Midwest. New residents organized the city of Mankato on May 11, 1858. The city was organized by Henry Jackson, Parsons King Johnson, Col. D.A. Robertson, Justus C. Ramsey, and unnamed others. The city recently celebrated its sesquicentennial. A popular story says that the city was intended to have been named Mahkato, but a typographical error by a clerk established the name as Mankato.[8] According to Upham, quoting historian Thomas Hughes of Mankato, "The honor of christening the new city was accorded to Mrs. P.K. Johnson and Mrs. Henry Jackson, who selected the name 'Mankato,' upon the suggestion of Col. Robertson. He had taken the name from Nicollet's book, in which the French explorer compared the 'Mahkato" or Blue Earth River, with all its tributaries, to the water nymphs and their uncle in the German legend of Undine.'...No more appropriate name could be given the new city, than that of the noble river at whose mouth it is located." [9] While it may or may not be true that the city was intended to be called Mahkato, the Dakota called the river Makato Osa Watapa (meaning "the river where blue earth is gathered." The Anglo settlers adapted that as the Blue Earth River.[9]

Ishtakhaba, also known as Chief Sleepy Eye, of the Sisseton band of Dakota Indians was said to have directed settlers to this location. He said the site at the confluence of the Minnesota and Blue Earth Rivers was well suited for building and for river traffic, and yet safe from flooding.

On December 26, 1862, the US Army carried out the largest mass execution in U.S. history at Mankato following the Dakota War of 1862. Thirty-eight Dakota Native Americans were hanged for their parts in the uprising. A military tribunal had sentenced 303 to death. President Lincoln reviewed the record and pardoned 265, believing they had been involved in legitimate defense against military forces. Episcopal Bishop Henry Benjamin Whipple had urged leniency in the case, but his position was not politically popular in Minnesota. Lincoln's intervention was not popular at the time. Two commemorative statues are located on the site of the hangings (now home to the Blue Earth County Library and Reconciliation Park).

There were 12,367 households out of which 23.6% had children under the age of 18 living with them, 36.7% were married couples living together, 8.8% had a female householder with no husband present, and 51.0% were non-families. 32.2% of all households were made up of individuals and 9.9% had someone living alone who was 65 years of age or older. The average household size was 2.31 and the average family size was 2.90.

The major daily newspaper in the area is the Mankato Free Press. The only local broadcast television network is KEYC-TV, Channel 12, a CBS affiliate. KEYC also carries a Fox affiliation on its digital subchannel and on local cable television.

According to the City's 2009 Comprehensive Annual Financial Report,[12] the top employers in the city are: 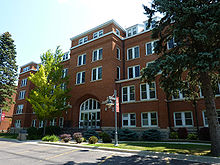 Another option available to the community with regards to education is an alternative school: Central High which is located on Fulton St. in Mankato.

Mankato/North Mankato was ranked 16th in the nation in a survey of 577 cities nationwide. The survey rates the country's "micropolitan" areas in multiple quality of life criteria.

This national youth advocacy group, founded by Gen. Colin Powell and dedicated to making children and youth a priority, named Mankato one of the top 100 communities in the nation for kids. Criteria included the presence of caring adults, transportation for children, presence of places to learn and grow, education opportunities, and opportunities for children to volunteer.

Rolling Stone magazine named Mankato/St. Peter one of the top 50 college towns in the country because of its rich and diverse music scene.

For three consecutive years, Mankato/North Mankato ranked in the top 25 small cities nationwide for new and expanded corporate facility projects. The community ranked 16th in 2002(the Minnesota community to make the list), 13th in 2003, and 23rd in 2004.

Mankato and North Mankato placed in the top 50 U.S. cities classified as "dreamtowns." Cities were ranked according to quality of life indicators such as vitality, supply of good jobs, freedom from stress, connection to cultural mainstream, support for schools, access to health care, low cost of living, and small town character.

The City of Mankato was named the 14th most livable micropolitan in America and number one in Minnesota.

Transportation in Mankato is provided by The Mankato Transit System.